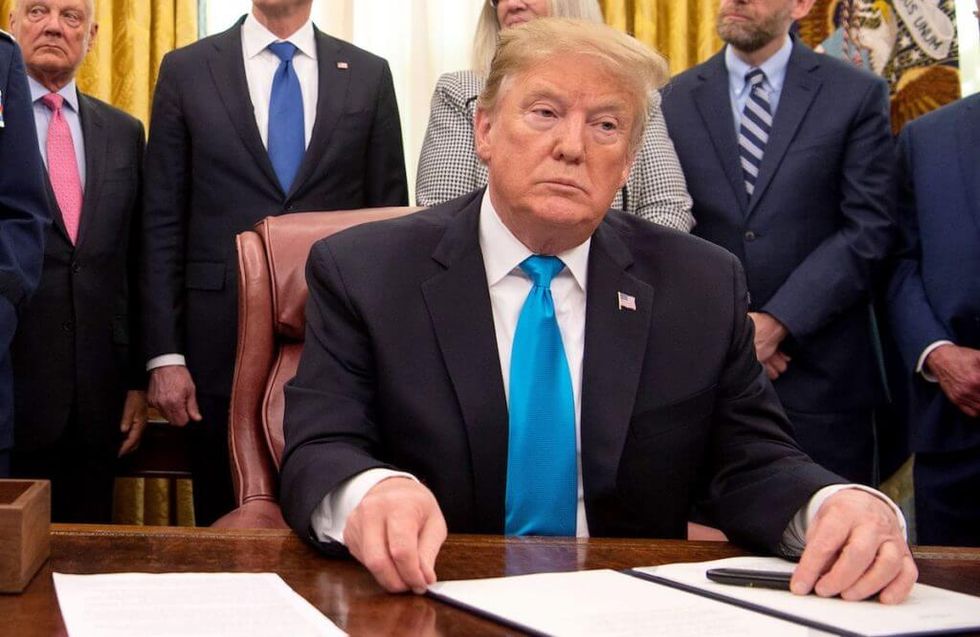 President Donald Trump listens during a signing ceremony for the Space Policy Directive-4 (SPD-4) on February 19, 2019, at the White House in Washington, DC. (Photo by NICHOLAS KAMM/AFP/Getty Images)

Last month the Democrat controlled House of Representatives passed a resolution opposing President Donald Trump's national emergency declaration in an effort to divert funds to pay for his border wall. That passage came as no surprise.

But Thursday 12 GOP Senators joined their Democratic colleagues to pass the measure in the Senate as well. The vote was 59-41 in a Senate with 53 GOP Senators that is a big defection and a major message to Trump.

Whether the message was received and understood is unclear, but the President sent a quick and clear response. Trump tweeted:

@realDonaldTrump THE PRESIDENT DEMANDS TO SPEAK TO THE MANAGER
— Jeff Tiedrich (@Jeff Tiedrich) 1552591425.0

Many people pondered if the President knew he'd have to go through the process with more than just a tweet.

A few Twitter users thought it was a call to just yell out their suggestions and accommodated the request.

Others just thought it was a typo.

Many thought Trump got just one letter wrong.

Those letters do actually sit adjacent on a qwerty keyboard.

Based on the results of the first vote, there is not enough support in the Senate to overturn a veto by President Trump making the resolution largely symbolic for many people.