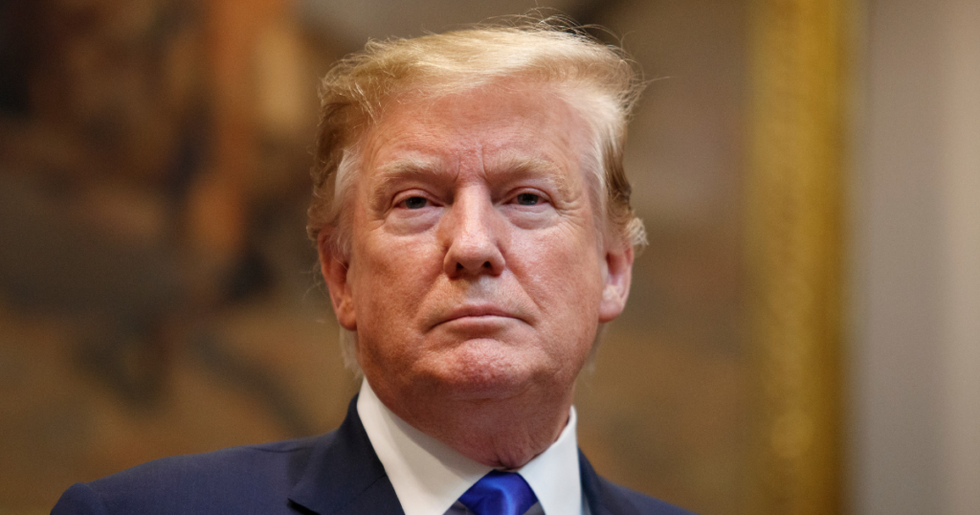 Thursday May 2, 2019 was the National Day of Prayer. President Donald Trump hosted religious representatives at the White House Wednesday evening as well as speaking from the Rose Garden on Thursday to mark the occasion.

During his remarks, President Trump claimed:

"People are so proud to be using that beautiful word, 'God,' and they're using the word God again and they're not hiding from it."

"In God we trust, so important. A little thing on the campaign, but it wasn't such a little thing to me. When I first started, four years ago, haven't been doing this so long. We did a good job."

At least one person agreed that people say God more now that Trump is President. Attorney George Conway—husband of Counselor to the President Kellyanne Conway—took to Twitter and posted his agreement.

Others had their own method of invoking God in relation to the President.

Even "the good Lord above" weighed in.

In addition to making "God" part of the common vernacular, President Trump also claimed, again, that he brought back "Merry Christmas."

Trump claimed that before he took office “people were not allowed or in some cases, foolishly ashamed to be using o… https://t.co/aMlVgK1rdt
— Eugene Scott (@Eugene Scott) 1556831610.0

Despite fact checkers proving the "War on Christmas" was a figment of the imagination of a Fox News host, the President appears determined to make it a thing.