It Turns Out Trump Can't Just Pull the U.S. Out of the Paris Accord Today 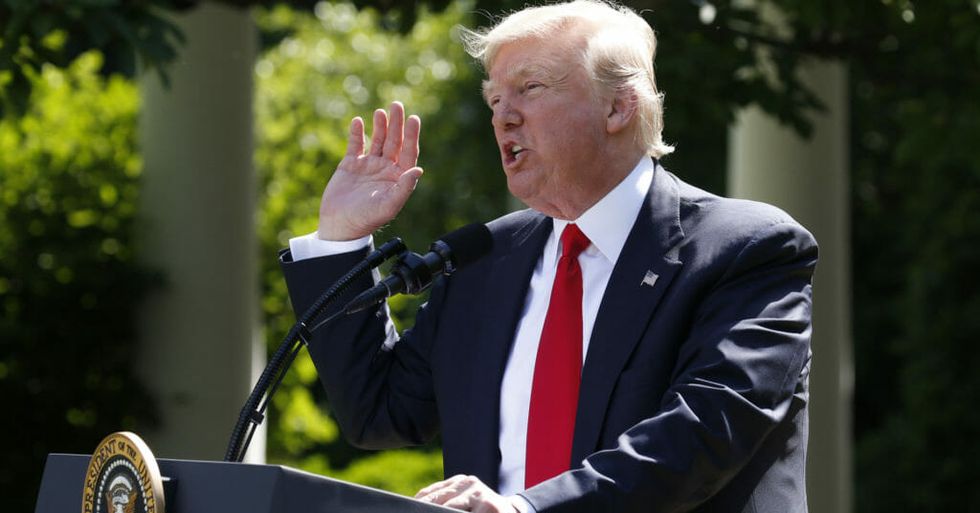 U.S. President Donald Trump announces his decision that the United States will withdraw from the Paris Climate Agreement, in the Rose Garden of the White House in Washington, U.S., June 1, 2017. REUTERS/Joshua Roberts

On Thursday, Donald Trump announced his intention to pull the United States out of the Paris climate change agreement, saying:

But the reality is, it's not quite that simple.

According to the terms of the Paris Agreement, any signatory may withdraw for any reason, but may only do so on a timetable set out in the agreement:

As a matter of both international law and U.S. law, the president could withdraw from the Paris Agreement pursuant to Article 28.1, which allows a party to withdraw by giving one year’s written notification to the Depositary (i.e., the U.N. Secretary-General), beginning three years after the Paris Agreement’s entry into force for that party.

In his speech, Trump also indicated his intention to "begin negotiations to reenter either the Paris accord or an -- really entirely new transaction, on terms that are fair to the United States," but the leaders of Germany, Italy and France made it clear that renegotiation is not an option.

"We deem the momentum generated in Paris in December 2015 irreversible and we firmly believe that the Paris Agreement cannot be renegotiated since it is a vital instrument for our planet, societies and economies."

The U.S. plan had set the goal of reducing our greenhouse gas emissions by 26% to 28% by 2025. Despite Trump's claims, these standards were voluntary and non-binding.