Is the bromance over? 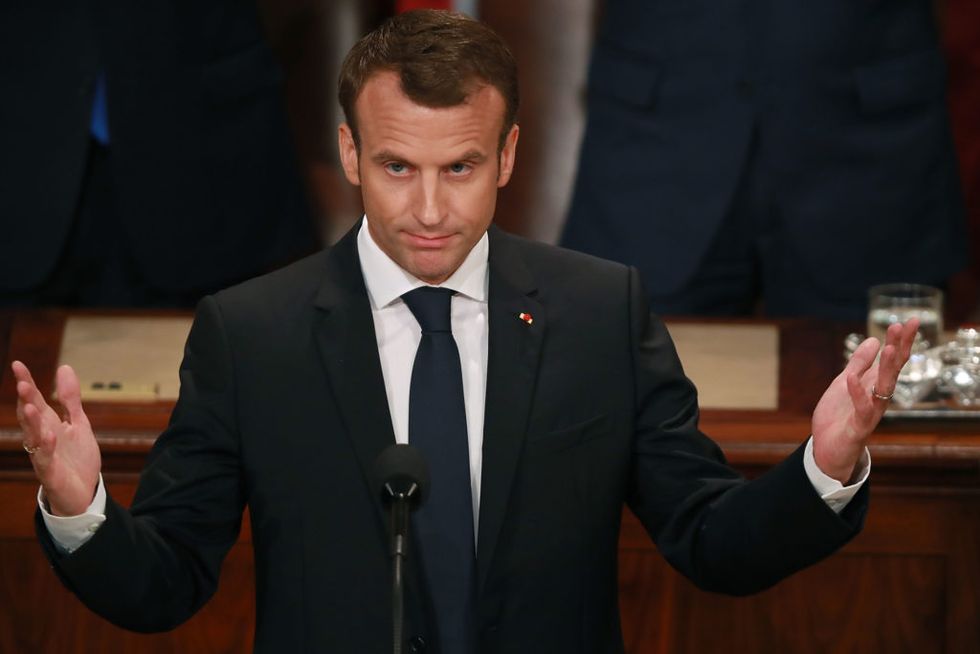 WASHINGTON, DC - APRIL 25: French President Emmanuel Macron acknowledges applause at the conclusion of his address to a joint meeting of the U.S. Congress in the House Chamber at the U.S. Capitol April 25, 2018 in Washington, DC. Macron is taking part in an official three-day visit to the United States. (Photo by Chip Somodevilla/Getty Images)

French President Emmanuel Macron addressed Congress on Wednesday and knocked President Donald Trump and his lack of action on climate change. Much to the dismay of Republicans, Macron spoke about the importance of preserving and protecting our planet, rather than continuing to support arcane and dirty fossil fuels, such as coal.

Jabbing at Trump's campaign slogan, "Make America Great Again," the 40-year-old French president said that the whole world needs to work together to ensure a clean, sustainable future with good jobs, a healthy environment, and opportunity for all.

"Let us work together in order to make our planet great again and create new jobs and new opportunities while safeguarding our Earth," Macron said. "I am sure one day the United States will come back and join the Paris agreement... there is no planet B."

Even before he launched his campaign in 2015, Trump has called the Paris Climate Accord a bad deal for America. The international agreement aims to cut global emissions and prevent average temperatures from rising 2 degrees Celsius, which scientists say would be calamitous for the planet. Last June, Trump said he was open to amending the deal. "If we can, that's great," Trump said. "And if we can't, that's fine."

Twitter loved Macron's bold decision to call out the United States on our willful dismissal of the reality of climate change.

@HuffPost That’s b*lls right there. He’s absolutely right, but for a guest to come into YOUR own house and tell y’a… https://t.co/vmyuSq0fho
— reydelaplaya (@reydelaplaya) 1524681312.0

READ: The year women became eligible to vote in each country

SUFFRAGE HAPPENED in 1920 in the United States, three years behind Russia and Canada but 91 years ahead of Saudi Arabia, as noted by this map depicting the year women became eligible to vote in each country.

What about other countries? Find out the answer and see the map: