Donald Trump Tried Going After Joe Biden on Twitter for Winning the Firefighter Union's Endorsement, and Biden Just Fired Back 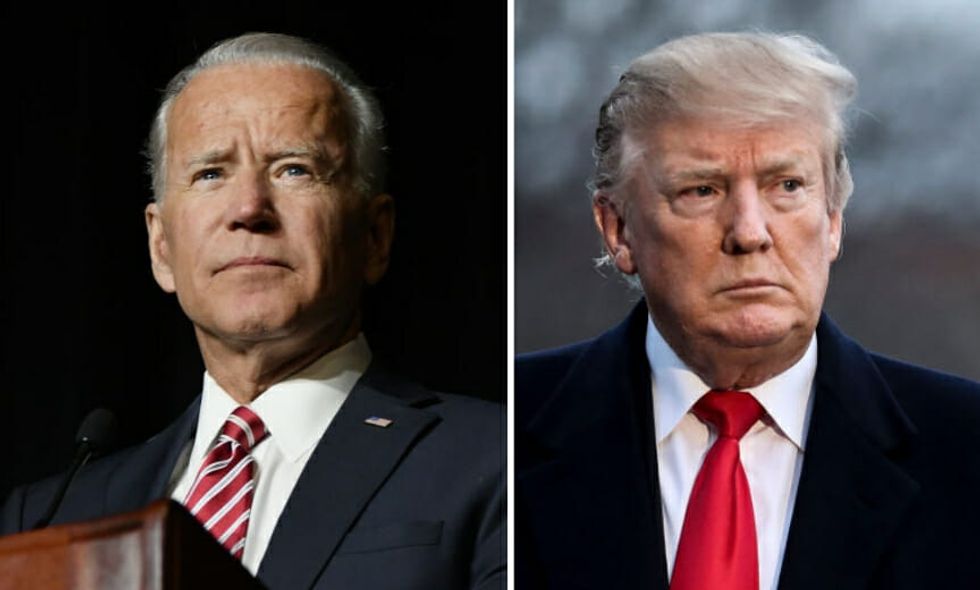 In a video released Monday, The International Association of Fire Fighters officially endorsed former Vice President Joe Biden for president, becoming the first key labor group to endorse a candidate in the 2020 election.

Biden expressed gratitude for the endorsement and pledged to "fight to strengthen [unions] and grow the backbones of this country."

I couldn't be more proud to have the International Association of Fire Fighters on my team. Unions built the middle… https://t.co/t8AwKcFor8
— Joe Biden (@Joe Biden) 1556549938.0

It wasn't long before President Donald Trump railed against Biden and the "Dues Sucking" leadership of the International Association of Fire Fighters.

Trump won Pennsylvania's 20 key electoral college votes in the 2016 election, but skepticism is growing on whether or not he can clench the battleground state in the upcoming presidential election.

If the president keeps railing against unions, it doesn't appear he'll win over a lot of potential supporters.

@realDonaldTrump Hey #DerangedDonald, you better get used to this. With your betrayal of your promises to American… https://t.co/dEANiBn7wJ
— Jon Cooper 🇺🇸 (@Jon Cooper 🇺🇸) 1556558155.0

@realDonaldTrump Now you're attacking firefighters. You are a rancid boil on the ass of humanity. Some things never… https://t.co/I18T5KSpUP
— Lesley Abravanel🆘 (@Lesley Abravanel🆘) 1556550457.0

@realDonaldTrump Wow. Attacking firefighters? Really? These guys have more bravery in one toe-hair than you have in… https://t.co/cLmZFYzqyL
— Andy Ostroy (@Andy Ostroy) 1556556451.0

Trump may have some fires of his own to put out after this latest rant.