President Obama's Former National Security Advisor Just Floated Herself as a Candidate to Run Against Susan Collins in 2020, and People Are Here For It 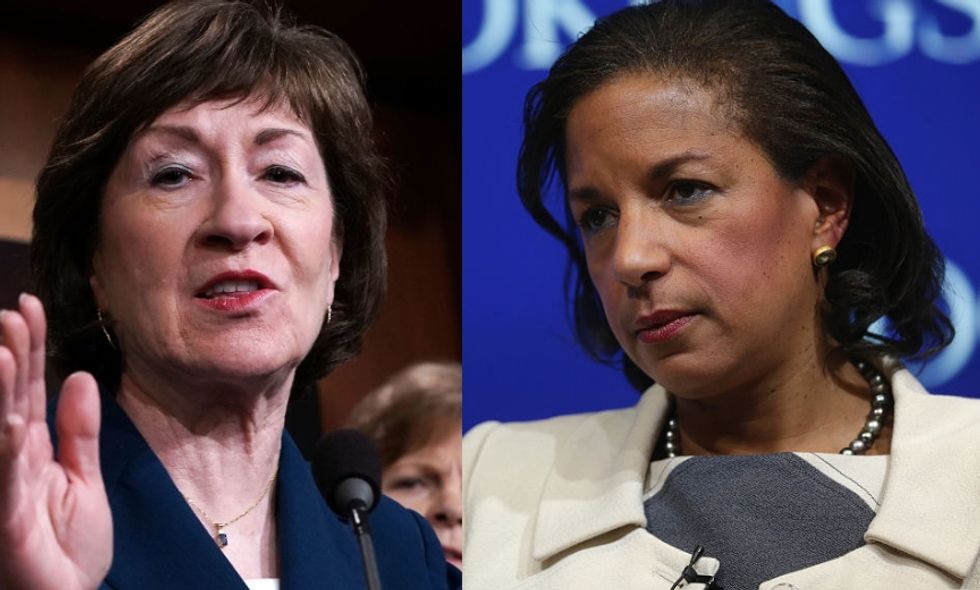 Now, Democrats are already looking for possible senate contenders for Maine in 2020, and one well-qualified contender says she may just throw her hat into the ring.

Susan Rice was the first African-American woman to be appointed as United Nations ambassador when appointed by then-President Obama. Rice was instrumental in promoting pro-LGBTQ agendas on a world stage. In 2013, she ascended to the position of National Security Advisor.

Rice also has deep roots in Maine, with her parents graduating from Portland High School after her grandparents immigrated to the area. While President of the Portland Branch of the NAACP, Congresswoman Rachel Talbot Ross said of Rice:

“Anyone from Maine should be proud because she has such strong Maine roots. She represents the ideal that, as her mother once told her, ‘No dream is too bold to embrace.’”

She may not have anticipated the strong response her tweet got because she later clarified that she was not making any announcements:

Many thanks for the encourgement. I’m not making any announcements. Like so many Americans, I am deeply disappointe… https://t.co/f7FYxJXNse
— Susan Rice (@Susan Rice) 1538772017.0

Regardless, people were still quite into the idea.

Though many were eager for a showdown of the Susans, it's uncertain whether or not Senator Collins will put forth another senatorial bid in 2020.

With $2 million dollars pledged to whomever her 2020 opponent might be, many were hoping Collins would listen with her wallet if not with her heart.

Spokeswoman Annie Clark was quick to nip that idea in the bud:

“Senator Collins will make up her mind based on the merits of the nomination. Threats or other attempts to bully her will not play a factor in her decision making whatsoever.”

Now, people are considering her endorsement of Kavanaugh to all but confirm that she won't be seeking reelection in 2020.

We can now assume @SenatorCollins is not running for office again, but instead is gunning for a job as a corporate… https://t.co/vVTd1MuAwg
— Cheryl W (@Cheryl W) 1538771518.0

However, not running against an incumbent Senator would only be an advantage for Rice, especially if funds raised against Collins' opponent are still given to Democratic candidates in Maine. But as has become the norm, no election is certain.