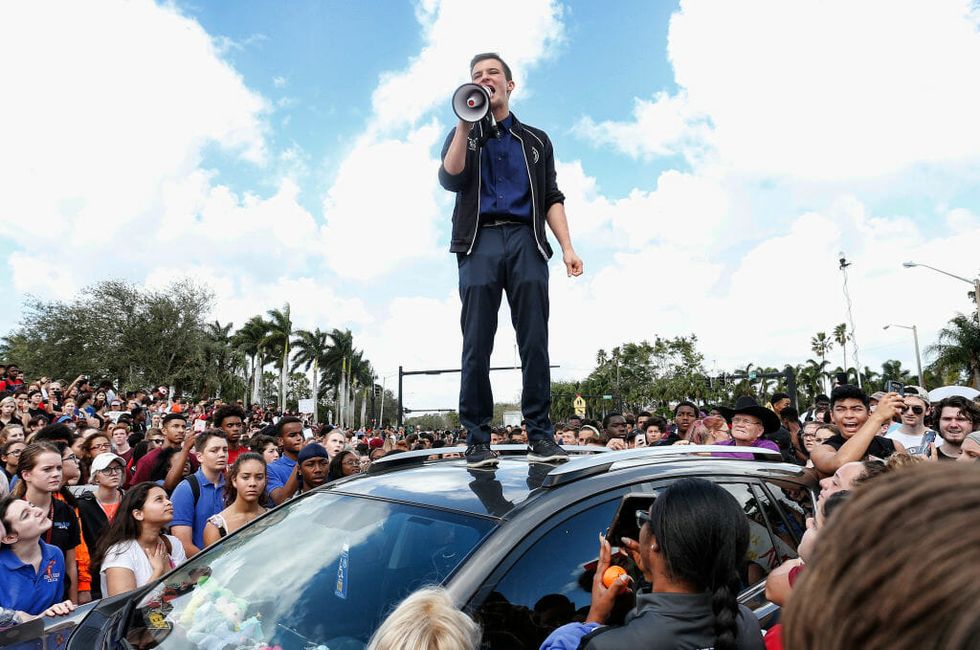 Administration for Marjory Stoneman Douglas High School in Parkland, Florida, the site of the latest mass shooting in the United States, issued new regulations for students on Wednesday. Among them, a requirement for all students to use only clear backpacks on school grounds.

When students return from spring break, clear backpacks are the only backpacks that will be permitted on campus."

That statement was contained in a letter to parents from Broward County Public Schools Superintendent Robert Runcie. The letter outlined multiple new requirements as well as pending future changes.

Security at Marjory Stoneman Douglas continues to be an urgent priority for us. Given the developments over the pa… https://t.co/WspUqFW5QI
— Supt Runcie (@Supt Runcie) 1521591348.0

The mass shooting at the Parkland school involved a former student, who no longer attended classes at Stoneman Douglas. The letter doesn't address how a clear backpack would prevent or mitigate attacks with an AR-15 semi-automatic rifle like the one that killed 17 people on Valentine's Day.

"While we cannot change the heartbreaking and senseless act of violence at Marjory Stoneman Douglas, by working together, we can change the future," Runcie wrote in the letter.

Stoneman Douglas families received Runcie's letter just before students participate in the March for Our Lives. The nationwide demonstration Saturday calls for an end to gun violence in schools. Stoneman Douglas survivors founded the march.

Her post drew immediate reactions from people around the country and the world. Stoneman Douglas students had something to say about the new rule on Twitter as well.

Great. Because clear backpacks are gonna fix everything. I appreciate the attempt, but I’d rather have common since… https://t.co/0mAfih8SUU
— Lauren Hogg (@Lauren Hogg) 1521676386.0

The Stoneman Douglas students' sentiments were echoed by many others online.

@PatriciaMazzei Wow. As someone who went to a pretty rough school in Australia, these measures are incomprehensible… https://t.co/M3wEcN8NA2
— Aconstellation (@Aconstellation) 1521726087.0