Senate Left With One Final Option To Repeal Obamacare, And It's Not Good

What is "skinny repeal"? 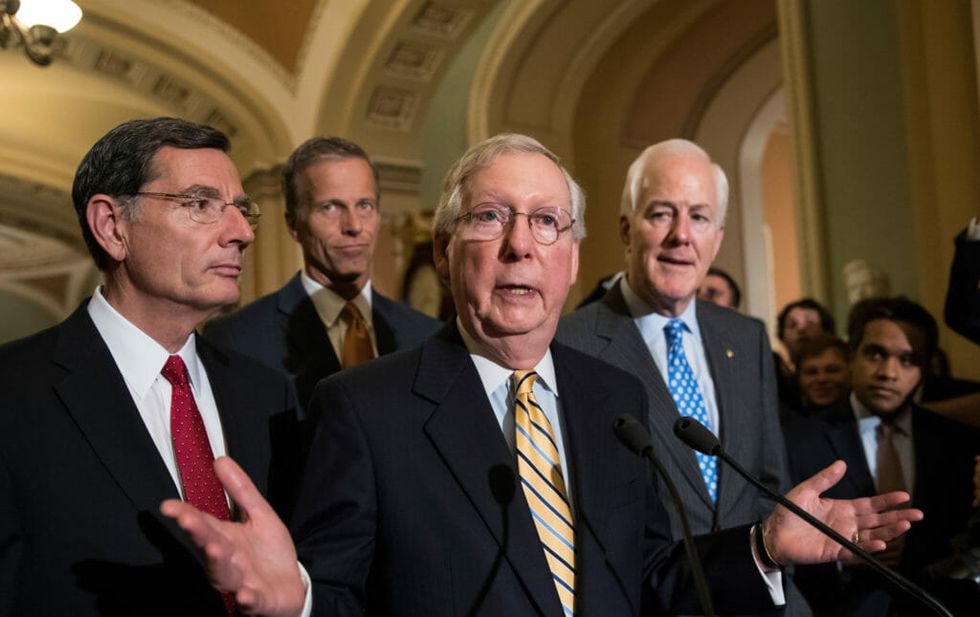 After the Senate barely passed the motion to proceed to debate on Obamacare repeal earlier this week, the Senate has taken two votes to repeal Obama's signature legislation, both of which have failed.

On Tuesday, the Senate took up their repeal and replace bill, which went down 43-57. On Wednesday, they attempted a clean repeal bill with a 2 year delay to come up with a replacement. That failed by a 45-55 margin.

Majority Leader Mitch McConnell is now left with one option, something being called "skinny repeal," which would repeal elements of Obamacare but then allow both Houses to meet in conference to come up with a mutually agreeable compromise repeal plan.

While details of the “skinny repeal" plan have not been worked out yet, lawmakers have said it's likely to include the repeal of the individual and employer mandates as well as the medical device tax. As Senator Bob Corker has said, they're going for "whatever can get 50 votes."

This would mean leaving much of the Affordable Care Act in place, including subsidies and regulations on who insurance companies must insure and how much they can charge. Analysts expect any policy that gets rid of the mandate that everyone purchase insurance yet retains the requirement that insurance companies insure all applicants, will blow up the insurance markets with skyrocketing premiums.

One CBO estimate predicts it would mean 44 million Americans will be uninsured as a result.

Proponents of this strategy insist "skinny repeal" would only be a vehicle to get to conference with the House to hash out a more comprehensive repeal package. As Senator Lindsey Graham said:

"We’re trying to find those things that we can agree upon. The main thing to me is a vehicle to do something bigger."

Democrats are slamming the strategy.

GOP seems to be pushing a “skinny” repeal bill so it can pass the House, but it turns out, the effects of skinny repeal won’t be so skinny.
— Chuck Schumer (@Chuck Schumer) 1501088062.0

.@ChrisMurphyCT *blasts* GOP's skinny repeal strategy: What's the point of being a Senator if you just hand this… https://t.co/ltDkhEELdP
— CAP Action (@CAP Action) 1501081703.0

A vote on "skinny repeal" is set to  take place by the end of the week. Its fate in the chamber in unclear.