Stem Cell Tourism: Go For A Cure, End Up With A Tumor 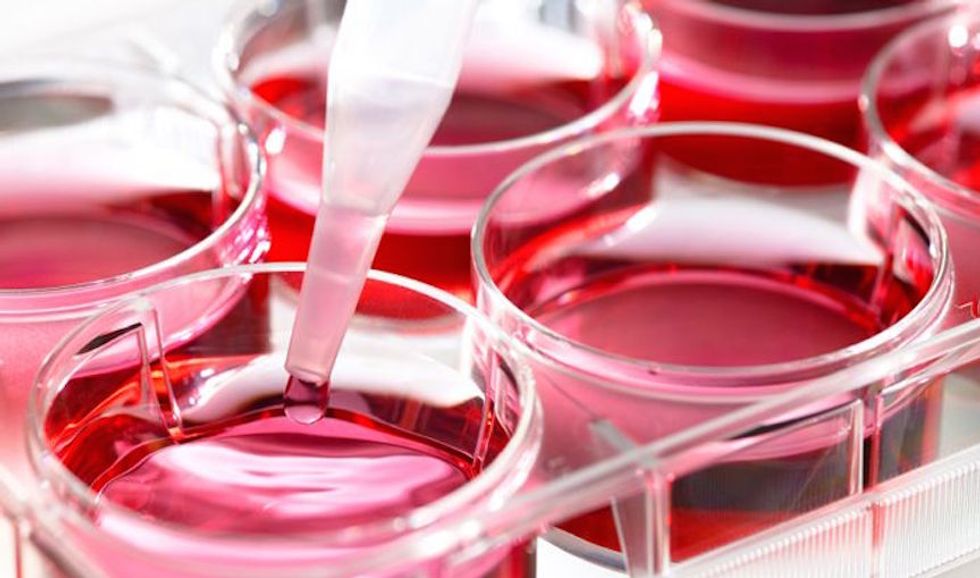 Medical tourism - traveling to another country to obtain treatment - isn’t a new concept, but the lure of unregulated stem cell therapy has patients risking their lives for a miracle cure.

Stem cell therapy is on the cutting edge of medical research, and scientists believe stem cells have the potential to treat or even heal conditions like multiple sclerosis and Lou Gehrig’s disease.

The key word is potential. The Food and Drug Administration considers the stem cells used in most US clinics to be biological drugs, and many years of clinical trials are necessary to prove that treatments are safe and effective. The only approved stem cell therapy in the US is bone marrow transplant, a treatment for leukemia.

The FDA has cracked down on US clinics, requiring approval even for treating a patient with their own cells, but overseas clinics don’t have the same constraints - or oversight. Stem cell clinics around the world promise cures for everything from knee injuries to muscular dystrophy to strokes.

“The evidence for therapeutic use of stem cells is very limited, except for bone marrow stem cells, but patients all over the world are convinced stem cells will cure their disease,” said Alta Charo, a law and bioethics professor at the University of Wisconsin-Madison.

That’s what happened to Jim Gass. After a stroke in 2009, Gass was unable to walk without a leg brace and a cane. “I began doing research on the internet,” Gass said. “The consensus

was stem cell therapy was going to be the future of treatment for stroke. I read all the cautionary tales even though I didn’t believe them. I thought it would work.’’

Gass traveled to clinics in Mexico, China and Argentina, all of which promised amazing results from their therapies. In Argentina, he was injected with his own stem cells. In Mexico, doctors injected him with fetal cells that had been shipped from Russia. Gass assumed that the worst thing that could happen was that he’d see no improvement.

After a second injection in Mexico, Gass noticed a new set of problems.

“I felt pain when I would lie down, like I was lying on a tumor,” he said. “I started to lose my ability to walk and I fell down a lot.”

Once Gass returned to the states, he consulted doctors at Brigham and Women’s Hospital in Boston, where an MRI revealed that the pain was caused by a growth in his spinal column.

“It looked like nothing I had ever seen,’’ said Dr. John Chi, director of the neurosurgical spine cancer at Brigham and Women’s Hospital. His colleague, Dr. Aaron Berkowitz, agreed. “The entire lower portion of his spinal column was filled with mass.”

The tumor was unique; it was sticky, fibrous and comprised of abnormal cells that were growing at an aggressive rate. What’s more, they weren’t Gass’s cells.

It was also hard to know how to treat it. When Brigham pathologists tested tissue from the mass, they determined that it did not have the mutations associated with cancer, which meant it couldn’t be treated with chemotherapy. Radiation slowed the mass’s growth for a time, but recent scans show that the tumor is growing again.

Gass is now wheelchair-bound. In addition to the stroke-related damage to his left arm and foot, he has nerve damage from the tumor that has paralyzed his right leg.

Still, Gass is optimistic that stem cell therapies will cure conditions like his.

Doctors at the Brigham and Women’s Hospital urge caution. “The unregulated commercial stem-cell industry is not only potentially harmful to individual patients but also undermines attempts to study stem-cell therapies in clinical trials,” they said in a letter published by the New England Journal of Medicine. “This case provides further support for the conclusions of an article advocating increased investigation of commercial stem-cell clinics and increased patient education regarding the risks of stem-cell tourism.”