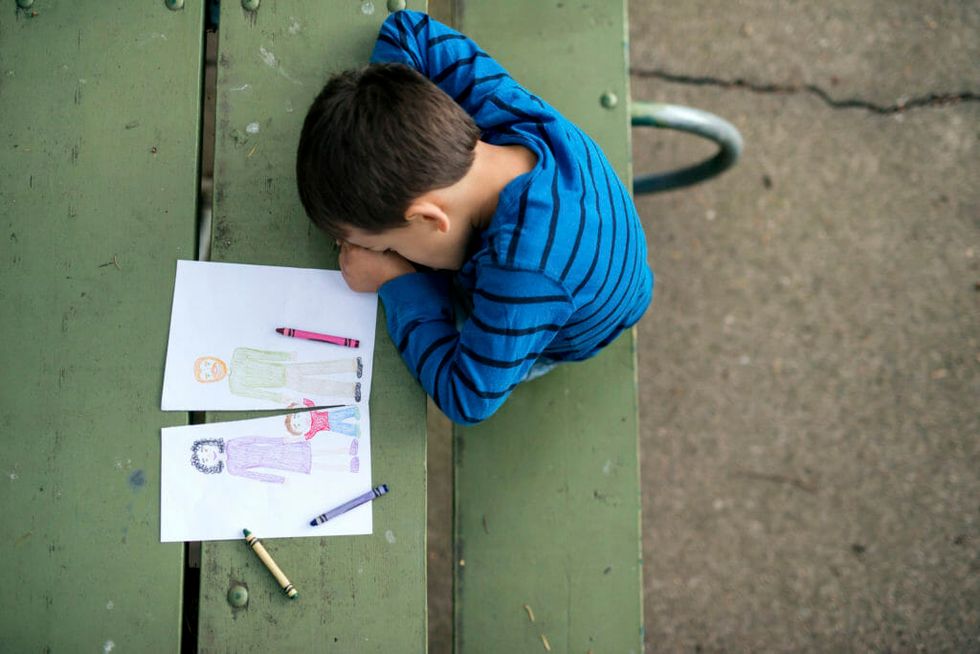 This is a tale of two children.

Their brain scans came to the attention of Professor Bruce Perry, chief of psychiatry at Texas Children’s Hospital. The difference between the two scans tells a horrifying story. One looks small and, for lack of a better word, desiccated. The other looks like the brain scan of an adult, in miniature.

The tiny, malformed brain doesn’t tell the tale of an illness or even malnutrition. It chronicles the life of a young child raised in a home without love, affection or attention, according to Dr. Perry.

Even to someone without a medical degree or advanced studies in neuropsychology, the differences between the brain scans of the two toddlers is dramatic. The medical term is severe sensory-deprivation neglect. According to Perry, a toddler suffering from such abuse will show signs of cortical atrophy — something traditionally associated with Alzheimer’s Disease. What this means in childhood is that this poor kid will suffer developmental delays and problems with memory.

Images shared by Professor Bruce Perry show how an neglected or abusive childhood can impact on the brain structures.

It’s difficult to hear the details. Yes, the child probably suffered physical abuse. But the differences between the two children would be apparent even if the toddler’s wounds were “just” emotional.

Perry suggests that the normal activities of childhood must have been severely curtailed. Curiosity was stifled. The child probably couldn’t explore his or her world, was likely prevented from seeing, hearing, smelling, tasting and touching in the way that a young mind requires. If we think of newborn and toddler brains as sponges eagerly absorbing as much of the world as he or she can, this sponge was wrung out until it was parched and dry.

And here’s the kicker. In the United Kingdom, with its population of 65 million, an estimated 88,000 need protection from this level of abuse. In the US, with 323 million people, child abuse reports cover more than 7.2 million children.

Not surprisingly, the disabilities that accumulate at such a young age cannot easily be overcome, if at all. The earliest years of a child’s life are crucial.

Children who are treated with such extreme neglect may find it difficult or even impossible to form relationships. They may have difficulty relating to others, or show an unhealthy attachment to a few people in their lives, neglecting all other opportunities to connect.

"Although everyday levels of stress are necessary to stimulate normal brain development, excess levels can be harmful,” said Dr. Victor Carrion, a child psychiatrist at Texas Children’s. "We're not talking about the stress of doing your homework or fighting with your dad. We're talking about traumatic stress. These kids feel like they're stuck in the middle of a street with a truck barreling down at them."

Clearly, the world is in a curious place in history. In the US, where a candidate’s position on abortion can doom their chances of even assuming office, considerably less attention is given to the lives that children lead after they are born.

More than one pundit has wondered if Congress truly has its priorities straight.