As Washington Fails to Lead on Climate, New York City Has a Plan to Take on Big Oil Companies 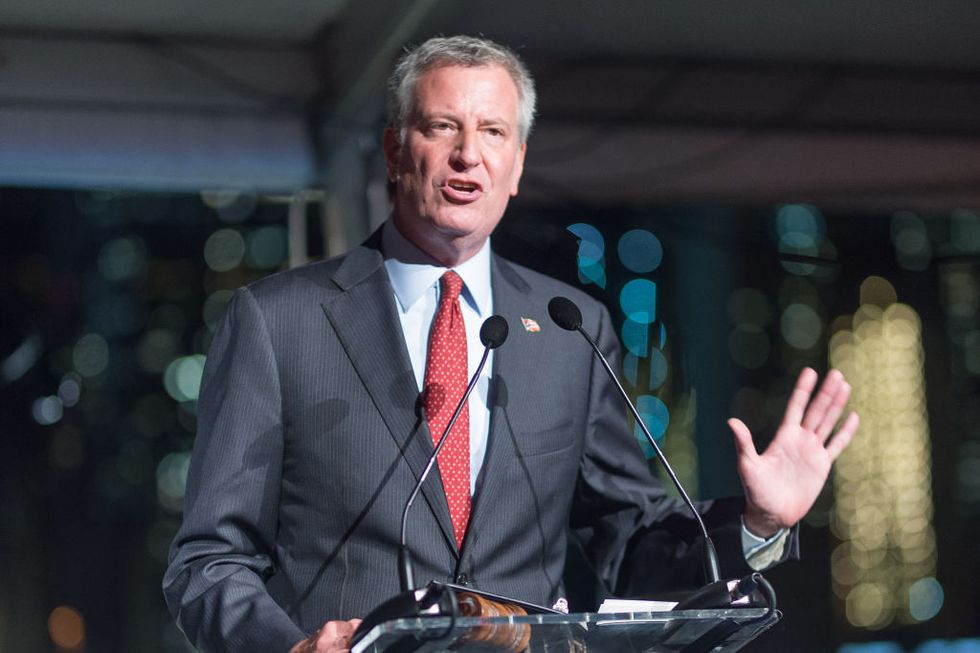 At a January 10 press conference, New York City Mayor Bill de Blasio announced dual actions that will turn up the heat on oil titans. The mayor vowed to divest about $5 billion in citywide pension funds from companies that produce fossil fuels within the next five years. He also revealed a lawsuit against five massive oil companies––Exxon Mobil, Shell, BP, Chevron and Conoco Phillips––for billions of dollars worth of climate change-related damages the city has sustained.

The lawsuit charges these five major players with having produced 11% of all global warming-related gas emissions. Additionally, it alleges the companies obscured the devastating environmental impacts of fossil fuels for years.

In his remarks, de Blasio highlighted Hurricane Sandy as a paradigm of carbon emissions coming home to roost, calling the 2012 storm “a tragedy wrought by the actions of the fossil fuel companies.”

Perhaps tellingly, the suit came just after Exxon announced controversial plans to counter-sue cities that sue them regarding climate change. An Exxon rep responded to the suit via an emailed statement: “Reducing greenhouse gas emissions is a global issue and requires global participation and actions. Lawsuits of this kind — filed by trial attorneys against an industry that provides products we all rely upon to power the economy and enable our domestic life — simply do not do that.” A Chevron spokesperson replied in kind, claiming the suit does “nothing to address the serious issue of climate change.”

Several California-based lawsuits that sought to hold oil companies accountable for climate change have failed. Nevertheless, Michael Burger, director of the Sabin Center for Climate Change Law at Columbia University, remains optimistic that New York City’s suit could mark a sea change, releasing a floodgate of similar cases that would take fossil fuel producers to task for long-term damage wrought by emissions. If more and more towns and cities sue, “we might be able to see adequate pressure applied to these companies to inspire action on climate change.”

The pledge to divest from fossil fuels comes after a long, labor-intensive grassroots campaign. Following five years of community-based discussions, hearings, and a #DivestNY awareness campaign, a coalition of environmental organizations helped the movement gain momentum with the public, inevitably winning support from New York City and state lawmakers alike.

Following these comments, DiNapoli, who manages the fund, cautioned against jumping into a divestment decision before thoroughly weighing financial consequences. He stressed that pension divestment might harm New Yorkers more than it would fossil fuel producers: “We believe climate change is real, climate risk is an issue that the pension fund should deal with. We have been dealing with it. But just divesting I don't think is going to put any of these companies out of business."

350.org co-founder Bill McKibben noted the importance of a massive urban hub like New York City leading the way to complete fossil fuel divestment: “Coming from the capital of world finance, this will resonate loud and clear all over the planet. It’s a crucial sign of how fast the financial pendulum is swinging away from fossil fuels.”