Is the NFL Trying to Control the Science on Brain Trauma? 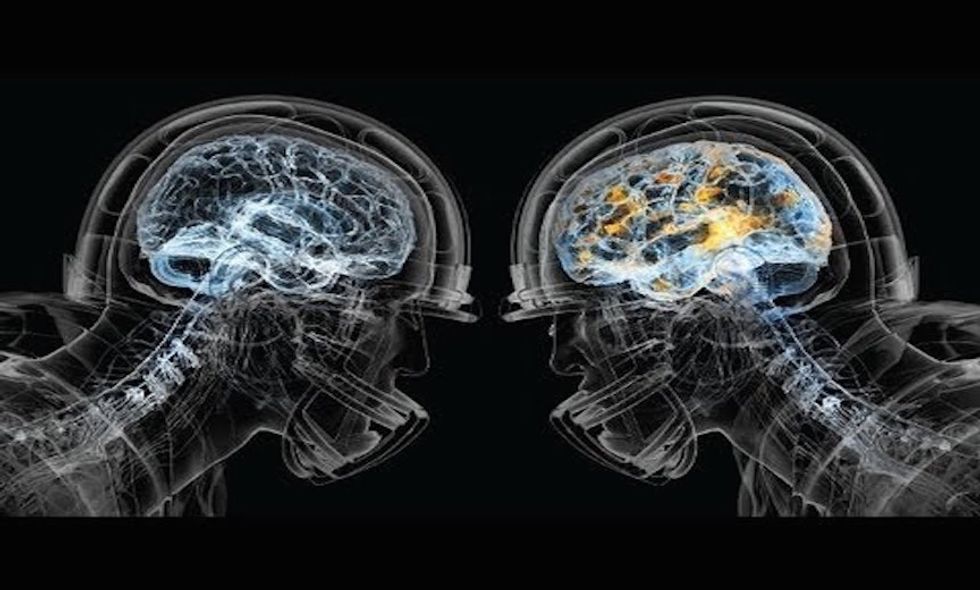 The National Institutes of Health (NIH) recently announced a seven-year, $16 million grant to research chronic traumatic encephalopathy (CTE). The NFL will not provide any of that money, despite having pledged $30 million toward CTE research in 2012.

CTE is linked to repetitive trauma to the head, often as a result of playing contact sports. It can be debilitating, with symptoms including depression, aggression and loss of memory and motor skills. It is particularly prevalent in football players. One recent study showed that of 91 former NFL players who donated their brains for research after their deaths, 87 of them tested positive for CTE.

Currently, CTE can be diagnosed only by dissecting the brain after a person dies. The NIH grant aims to fund research that might allow specialists to detect the disease while the person is still alive. This would benefit affected players and those who are vulnerable, potentially leading to prevention. “

We don’t know enough, and if we want to be able to prevent a further cascade of progressive changes, we need to know what’s going on now and need to understand who’s more at risk,” said Martha Shenton, a Harvard University professor and director of the Psychiatry Neuroimaging Laboratory at Brigham & Women’s Hospital.

Despite the obvious impact this study may have on the NFL and its players, none of the $30 million the NFL pledged to the NIH for CTE research will be used. According to a person familiar with the process, the NIH asked to use some of it, but after encountering delays with the Foundation for the National Institutes of Health (FNIH), which administers the money, the NIH decided to finance the research with other funds.

The NFL denied that the decision not to fund the study was theirs, stating through its spokesman, Brian McCarthy, “The NIH makes its own funding decisions.” Yet sources said that the NFL balked at the study because the project was being led by Dr. Robert Stern, a Boston University researcher who has been critical of the NFL. Stern publicly opposed the NFL’s $1 billion

settlement with thousands of former players, accusing it of hiding the link between football and brain damage.

When the NFL first announced its $30 million gift in 2012, the NIH said that it came “with no strings attached.” An NIH official later clarified that the NFL retains veto power over projects that it funds—a claim that the NFL denies. Yet the FNIH’s financial statements describe the gift as a “conditional contribution” that allows the NFL to cancel its funding. Further, the NFL can offer input on “research concepts” that allows it to discuss projects with the NIH’s leadership.

It remains unclear whether the NFL refused to fund this project. However, it is becoming increasingly clear that the NFL was vocal in its objections to Dr. Stern as lead researcher. Dr. Walter Koroshetz, director of the National Institute for Neurological Disorders and Stroke, stated that the NFL raised several concerns about Stern’s potential conflicts of interest and bias in a June conference call with the NIH. “It was a fairly clear message that they transmitted,” said Koroshetz.

The NIH confirmed that “NFL scientific advisers raised a concern... about potential conflict of interest and bias,” but found no basis for the NFL’s claims. Yet

the clashing reports have sparked Congressional interest. Four Democratic representatives requested information from the NIH, concerned that the NFL may have tried to influence “the selection of NIH research applicants.” Said U.S. Rep. Jackie Speier of California, "these revelations fly in the face of the NFL’s assertions that their contributions for CTE and head trauma research had ‘no strings attached.’” She continued, “If this money does have strings, then the NFL needs to own up to the fact that it’s attempting to control the science.”

Until 2009, the NFL published its own research, claiming that football did not cause brain damage in players. Most of this research has been discredited, amid allegations that the NFL has minimized accurate research on the correlation between high-impact sports and brain injury, and emphasized the research downplaying the link.