New Revelations About the Origins of Consciousness in the Brain

New finding in a mysterious thin layer of brain tissue known as the seat of consciousness. 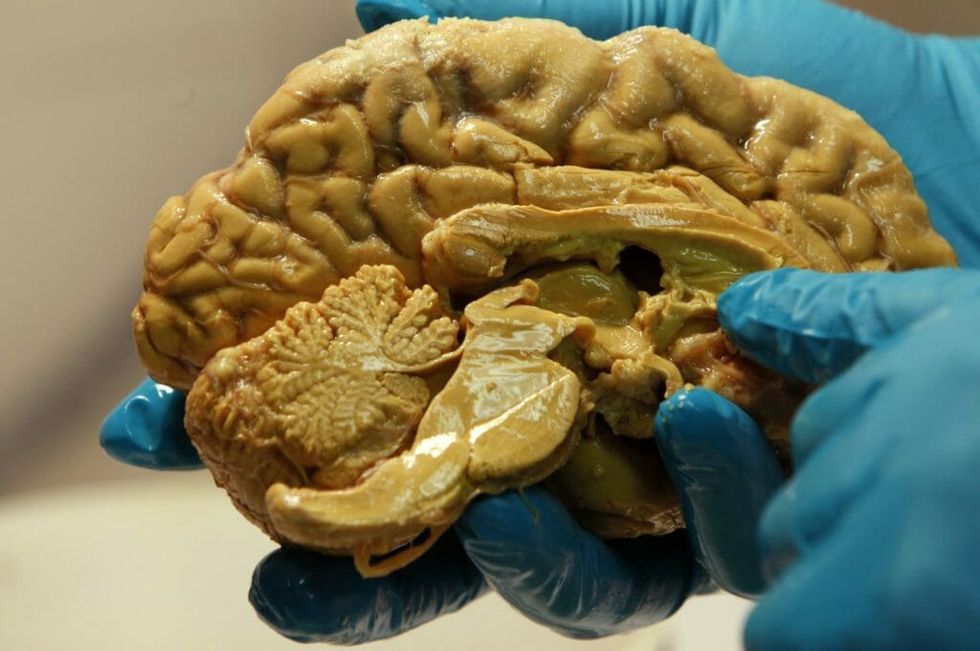 Scientists have discovered a giant neuron wrapped around the entire circumference of a mouse's brain. This neuron is densely connected across both hemispheres: So much so that these researchers believe it could finally explain the origins of consciousness. Consciousness relies on connections between all parts of the brain. The connections of this giant neuron center around an area of the brain that has been linked to regaining consciousness, seizure disorders, gender differences in the brain and the perception of time.

Dr. Ami Citri and Ph.D. students Yael Goll and Gal Atlan, of the Hebrew University in Jerusalem, describe how connections go to and from almost all areas of the brain. These connections include  motor [muscle function], somatosensory [pain and sensations], visual [sight], auditory [hearing], limbic [protection and rage], associative and prefrontal cortices [consciousness].

A 2015 study of 171 combat veterans with penetrating traumatic brain injuries offers some insight into this enigmatic layer of brain tissue. Claustrum damage was associated with the length of loss of consciousness. This indicates that the claustrum may have an important role in how humans regain consciousness after a coma or a traumatic brain injury, but not in maintaining consciousness. Fortunately, claustrum damage is not crucial to the recovery of cognitive ability.

The role of the claustrum may differ in men and women. An Acupuncture in Medicine article noted a gender difference in the way acupuncture activated parts of the brain. Sujung Yeo from the College of Korean Medicine at Sang Ji University noted that in men, acupuncture activated the hippocampus (memory), thalamus (pain) and claustrum (consciousness) while it activated the insula (addiction-related) and amygdala (emotion-related) areas of women's brains.

John Smythies and colleagues at the Center for Brain and Cognition at the University of California San Diego, indicate that “The claustrum may play a strong role in the control of interactive processes in different parts of the brain, and in the control of voluntary behavior. These may include the neural correlates of consciousness.” In other words, discovering these giant neurons and the way they connect parts of the brain brings us closer to understanding consciousness and how it is damaged by brain injuries.

Today’s findings on consciousness build on the work of Sir Francis Crick, famous for the discovery and description of DNA’s structure and Christof Koch. A decade ago, Crick and Koch studied the consciousness of what we see and published an influential review coining a description of the claustrum of the brain as the "seat of consciousness.”

Place a hand over your right ear, and try to imagine the layers of the brain, past the hair and the skin, then the skull and layers of protective connective tissue–called the meninges–of the brain. First, you reach the temporal lobe, where sound and balance are processed.

Deeper still is a mysterious thin sheet of neurons intimately involved with consciousness—the claustrum. Beyond this lies the hippocampus, the seat of memory, and the basal ganglia, which houses our internal clock and coordinates muscle function. Even deeper is the thalamus, where we experience pain and other sensations. Moving through the thalamus brings us to the midline of the head, just in front of the corpus callosum connecting the right and left sides of the brain.

Connecting all these areas of the brain results in consciousness, memories, and how we perceive the world around us. Consciousness helps us remember where our hand places our keys and stops us from touching a hot stove a second time. It enables us to understand the words of a teacher and the importance of friendship and all the thoughts we have about the place where we live or work.

Without connections between the skin, spinal cord, and the brain, we would not be able to feel the softness of a baby’s hair or remember a loved one’s name or respond to an uneven crack in the sidewalk and avoid falling. All of these things require consciousness and connections between different parts of the brain, which govern muscles, vision, speech and more.