Breakthroughs in Nanotechnology Could Mean Cures for Certain Devastating Diseases 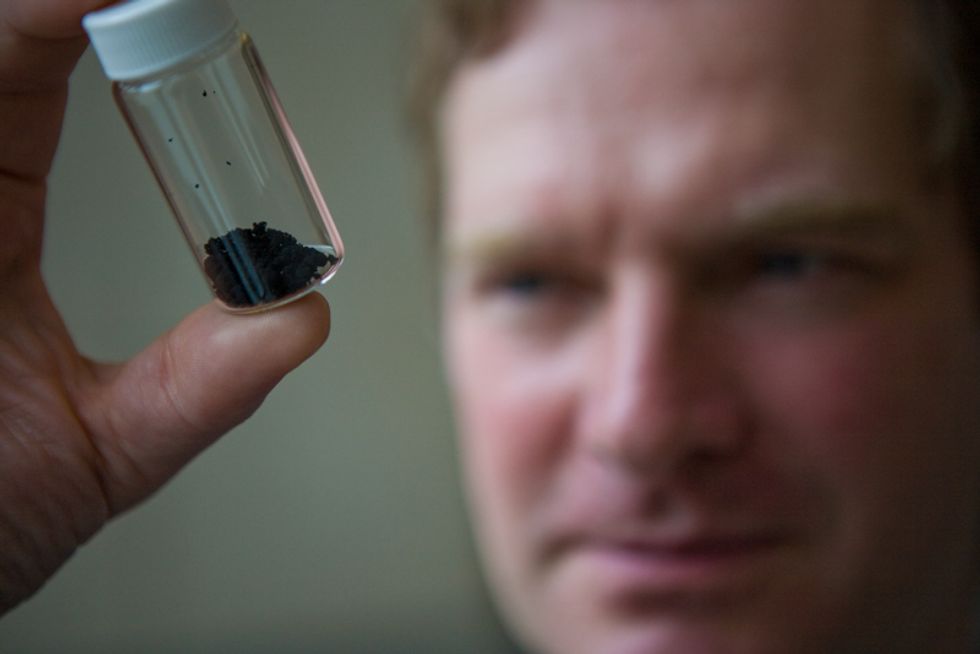 Nanoparticles may be small, but they are mighty. Researchers have recently developed nanoparticles that could provide a universal treatment for allergies and autoimmune diseases, a delivery mechanism that halts incurable cancer in its tracks, and a particle that could have uses for gene therapy. It sounds almost too good to be true, but nanotechnology is real and here to stay.

The way the particles work is partially represented by their name: “nano.” Each particle is one-billionth of a meter in size, which means the particles operate according to the laws of quantum physics. The physical properties of the particles – things like chemical reactivity, melting point, and electrical conductivity – differ on the quantum level than on the larger scale. This opens up possibilities for experimentation, but it also means a lot of testing to understand how the particles will affect the human body.

Among other recent experiments, scientists have created a graphene nano-engine that might be used to power tiny robots as well as magnetic nanoparticles that could be used for medical imaging. The possibilities for use in the field of medicine stretch from better delivery of drugs to preventative testing. Scientists have just begun their research and experimentation, and already have come up with novel ways to treat – and cure – diseases that take a huge toll on the global population.

Autoimmune diseases, asthma and allergies are all directly tied to the immune system, and affect millions of people in the U.S.. The National Institutes of Health estimate that 23.5 million Americans suffer from an autoimmune disease (a chronic illness caused by the immune system attacking the body itself, such as thyroid cells in autoimmune thyroid disease). According to the CDC, 1 in 12 people has asthma, and that number is rising. Millions more are allergic to harmless environmental particles, drugs, and certain kinds of

food. The combined cost of treatment and management for these disease is over $100 billion per year, and will only grow as the incidence of these diseases continues to climb.

Until now, the medicines used to treat autoimmune diseases have been mainly nonspecific immunosuppressant drugs, which target the entire immune system instead of just targeting bad T-cells. They inhibit the body’s reaction to its own cells, but also make the body more susceptible to infections and, after prolonged use, increase the chances of cancer. But all that could change thanks to a new nanoparticle.

“Immune tolerance where you specifically target only the immune response carrying out the attack is the holy grail or gold standard treatment. That’s what these nanoparticles do,” said Dr. Stephen Miller, the Judy Gugenheim Research Professor of Microbiology-Immunology at Northwestern University Feinberg School of Medicine.

The particles are made from poly(lactic-co-glycolic acid), or PLGA, an easily produced substance that’s already been FDA-approved. It’s both biodegradable and biocompatible, which means it doesn’t cause harm to the body and eventually is broken down and excreted. PLGA is already used to make absorbable sutures, Miller said.

The particles work by concealing an antigen or allergen that the body would ordinarily react to. An injection of nanoparticles filled with the target material is intravenously inserted and travels through the bloodstream before being absorbed by a macrophage (a white blood cell that engulfs cellular debris and foreign particles). Having snuck inside undetected, the

normally-offensive antigen or allergen is now presented as a harmless entity and the immune system shuts down its attack.

The same technology could also be used for recipients of an organ transplant since the host’s immune system targets the donor tissue unless the immune system has been suppressed with drugs.

A similar method of disguising antigens was created by a lab at the University of Buffalo. The nanoparticles there could also be used in gene therapy (when normal genes are inserted into a patient to correct genetic disorders) and improve treatment of autoimmune diseases by teaching the body not to mount a response to antigens.

For now, the treatment created at Northwestern University has only been proven effective in mice models. But pending human testing, it could be a perfect treatment for a large variety of diseases.

Also encouraging is the ready availability of PLGA, and its shelf-life. Researchers produced the formula in advance and stored them in a freezer for several months before injecting the mice and found the solution to be just as effective, Miller said. It will still be years before

these drugs are available at the doctor’s office since human tests have not begun. But researchers are moving forward with trials using the nanoparticles to treat celiac disease (an autoimmune response to gluten that causes damage to the small intestine).

“I guess you could say this is my crowning achievement,” Miller said. “I want to see this get into the clinic and at least undergo thorough testing before I retire.”

Nanotechnology isn’t just being used to sneak past our over-vigilant immune systems. The particles have also been recruited to measure the body and even kill cancer cells.

The first (and admittedly less flashy) of these two functions is achieved by magnetic nanoparticles. Drug particles are placed inside a magnetic shell structure, which is built to expand in the presence of heat or light. Once the mixture is injected into the human body, it can be guided to a target area using magnets, then activated. This sort of technology could also be harnessed to help doctors monitor different bodily functions.

“Any kind of physiological phenomenon you can imagine, whether it’s the PH of your blood, how much oxygen it’s absorbed, in theory you could design a probe, put it in a nanoparticle, and see it in an MRI,” said senior scientist and director of research at Hackensack University Medical Center Stacy Zamudio. “These things are being developed right now. At the rate I’ve seen technology change, I’m guessing in maybe another 20 years we will be able to see what’s going on with the fetal metabolism non-invasively.”

As for nanotechnology’s potential in treating cancer, scientists at the Houston Methodist Research Institute in Texas found a treatment for metastatic cancer of the liver and lungs. Hidden inside a nanoparticle shield, the chemotherapy drug doxorubicin was able to bypass the tumor cell’s ability to develop drug resistance. Instead of rejecting the drug, the cancer

cell allows the nanoparticles entry and is then destroyed from the inside. For mice with incurable breast cancer that had spread to the lungs, half were cured of the disease. What’s more, the nanoparticles target only cancer cells, meaning the rest of the body is safe from the normal side-effects of chemotherapy.

“If this bears out in the clinical realm, even a short fraction in the preclinical experimentation that we did, it will be transformational. It will be the first-ever demonstration of a cure of metastatic disease to the lungs,” said lead scientist Dr. Mauro Ferrari.

None of the treatments described here have been approved for use in humans, and the trial process is a lengthy one meant to uncover any possible adverse reactions. It’s still too early to tell whether these nanotechnologies will have negative side effects. But it’s a question researchers have raised in the past.

In 2008 a study found that under some conditions, nanotubes (sheets of carbon molecules rolled into cylinders that can be used to make materials lighter and stronger than steel) behaved in mice the same way that asbestos fibers do – which is to say, by causing damage. With increased excitement for the possibilities of nanotechnology in medicine should come increased awareness of its risks, argues researcher Andrew Maynard. Unless we’re willing to fully examine the consequences of using such technology, we’re likely to do just as much harm as good.

Part of what makes nanotechnology in medicine so useful is also what might conceal its dangers: we don’t always know how the body will react to the particles on such a small scale. Certain types of nanoparticles could cause increased inflammation in the body, which could be harmful in the long-term. Because of their size, nanoparticles could also possible permeate the cells in the lining of the gut or even the blood-brain barrier. We don’t know how certain particles might react to toxins once they’re inside the body or trigger unknown chemical reactions.

These questions will be thoroughly investigated before any nano-drugs appear in pharmacies or hospitals. But whatever the findings, the nanotechnology revolution is here to stay and may change lives.