The Military Paves the Way for Super-Humanitarian Cyborgs

This military technology could make us the most powerful humanitarian force in the world. 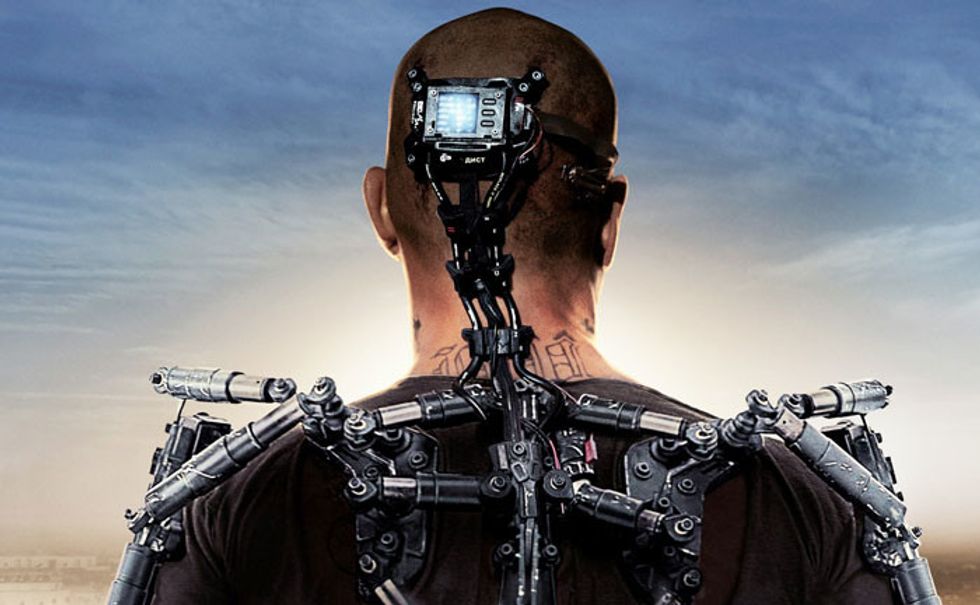 The United States military has invested millions of dollars to develop an implant that would allow us to plug computers directly into our brains. Or looking at it another way: an implant that would allow us to plug our brains directly into computers. The end game is some kind of socket or wireless communication chip that could transmit information in either direction: machines would transmit experiences, such as touch or vision, directly into our brains; and we would be able to control computerized devices with our thoughts alone.

The U.S. military's Defense Advanced Research Projects Agency (DARPA) is funding the project, so of course the first thing people think of is RoboCop, or The Terminator, or Jean-Claude Van Damme in the movie Universal Soldier. The people at DARPA are aware of this PR problem, of course, so they are quick to point out that the research isn’t specifically intended for military applications.

They say this kind of breakthrough will have all kinds of “real-world implications” outside of the military. They emphasize health and medical applications, for example: a computer implant could constantly monitor levels of attention and exhaustion, and a direct connection from sensors in an artificial could allow the user to actually experience the sensation of touch through a prosthetic.

But still, because it’s funded by the military, it’s difficult to get away from news stories presenting this technology as a way of building super-human killing machines.  Military.com talks about how computer-augmented sensory perception could “help warfighters” in the field. Journalist Annie Jacobsen, author of the book “The Pentagon’s Brain,” suggests in an interview with Fusion that the primary concern we should all have with technology funded by DARPA is, “How can this be weaponized?”

It’s a legitimate concern, but it’s also not everything the military does. Over the last decade, the military has played an increasingly important role in humanitarian efforts and disaster relief. Both Army and Navy resources were used in clean-up, search and rescue and medical assistance after hurricane Katrina hit New Orleans. The Navy aided with both medical assistance and logistics of moving massive numbers of people to shelter after the Haiti earthquake and the most recent earthquake in Japan. Although humanitarian efforts are

primarily driven by civilian government and organizations, the military is often the only organization with the resources and manpower to deal with major disasters.

So rather than picture cyborg super-soldiers being “deployed” all over the world, consider the positive applications of this technology. Imagine a soldier hooked up to a robotic exoskeleton that he can move with his thoughts, as naturally as he can move his own body, clearing away debris from roads after a bridge collapses.

Imagine the team of soldiers who can efficiently and effortlessly coordinate the distribution of drinking water to a community, because they all have instant access to real-time logistical data through a direct mental hookup to a central database.

Imagine a soldier whose visual implants allow him to see the best pathway through the shattered wreckage of a building after an earthquake, in order to reach the crying child trapped inside.

Sure, it is a lot of fun imagining the day-to-day advantages of a direct brain-computer interface: there are so many possibilities for entertainment and convenience! Escapist Magazine does a great job of listing some great ideas from mind-controlled video games to the ability to download your memories to a hard-drive. But this technology can also be used to help those in serious need… and sometimes that role may need to be filled by a cyborg soldier, super-humanitarian.