Manhunt Expands to Other States For Facebook Broadcast Killer 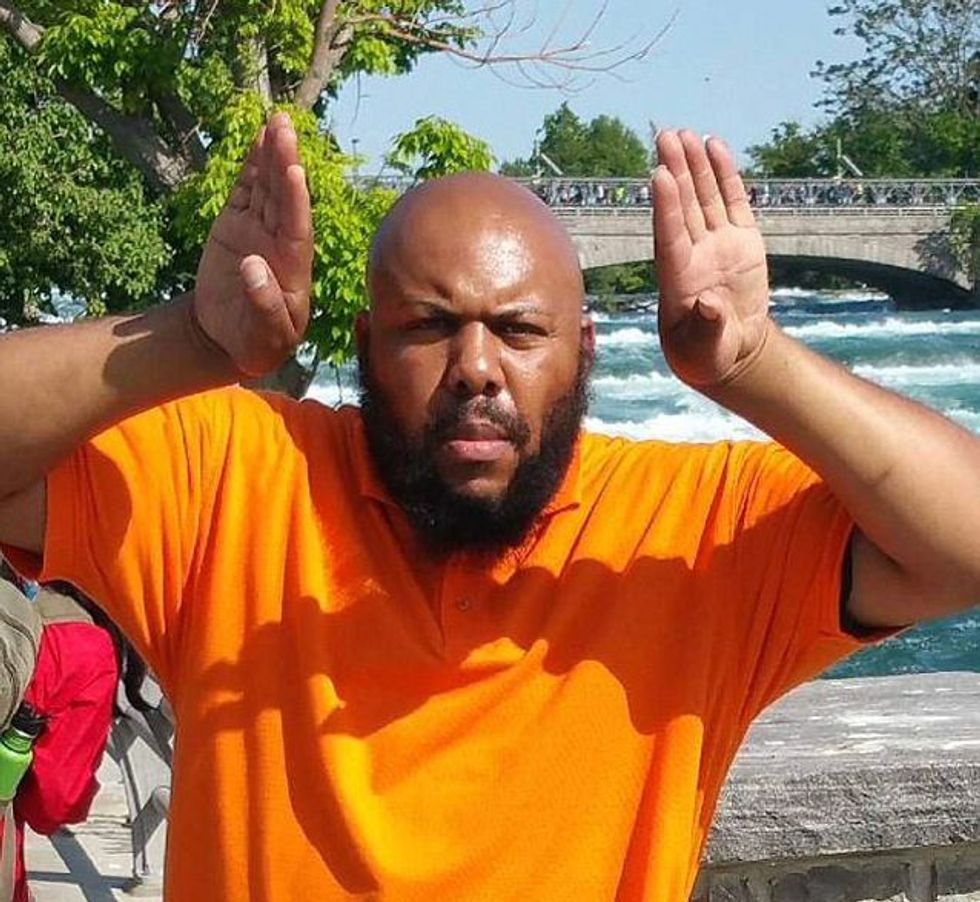 Police and FBI agents in Ohio and neighboring states are on the hunt for Steve Stephens, who allegedly shot and killed Robert Godwin, Sr. On Sunday, Stephens recorded the murder on his cell phone and then uploaded the video to Facebook.

Residents of Ohio, Michigan, Indiana, Kentucky, West Virginia, and Pennsylvania are urged to be alert.

The shooting happened in the Glenville neighborhood in Cleveland. The video shows Stephens in his car saying he has chosen someone to kill. He then allegedly approached Godwin and shot him. The video does not show the shooting itself, because the camera was pointed at the ground. It does show Godwin bleeding after being shot.

Later in the day, Stephens used Facebook Live to record a video laughing about the murder. In that video he claimed to have killed 13 people, but Cleveland Police, who spent part of Sunday searching vacant houses, said there was no evidence to support his claim.

According to the Cleveland Police Department, Stevens is a 37-year-old, black man about 6'1" and 244 pounds. He is bald and has a full beard. Yesterday, he was wearing a dark blue and grey or black striped polo shirt.

Police consider him armed and dangerous. Anyone seeing him is asked to call 911, if in Cleveland, and local authorities, if he is seen elsewhere. Tips can be called in to the FBI at 1-800-CALL-FBI (225-5984).

Stephens blamed his actions on a woman, reportedly his ex-girlfriend. "She's the reason why all this is about to happen to you," Stevens said to Godwin.

Police have said that she is safe and cooperating with police. They do not know the reasons for the murder.

"We don't know why," Cleveland Police Chief Calvin Williams said. "Senseless. There was no need for this gentleman to lose his life."

Governor John Kasich responded to the shooting on Twitter.

This is a hideous criminal & the Ohio Highway Patrol has made all resources available to Cleveland in its response. https://t.co/SbpuPNx2km
— John Kasich (@John Kasich) 1492384791.0

This is, apparently, the first murder shown on a Facebook video, though many other crimes have been shared on the social media site. There is no screening process for Facebook videos, whether live or uploaded, before they are added to a user's profile. Instead, Facebook relies on users to report inappropriate videos. This meant that the video of Godwin's murder stayed available on Facebook for more than three hours.