Does This Discovery Mark A Turning Point for Obesity?

Researchers exploring the link between gut bacteria and obesity may have found one explanation for the obesity epidemic – but there are still many questions to be answered. 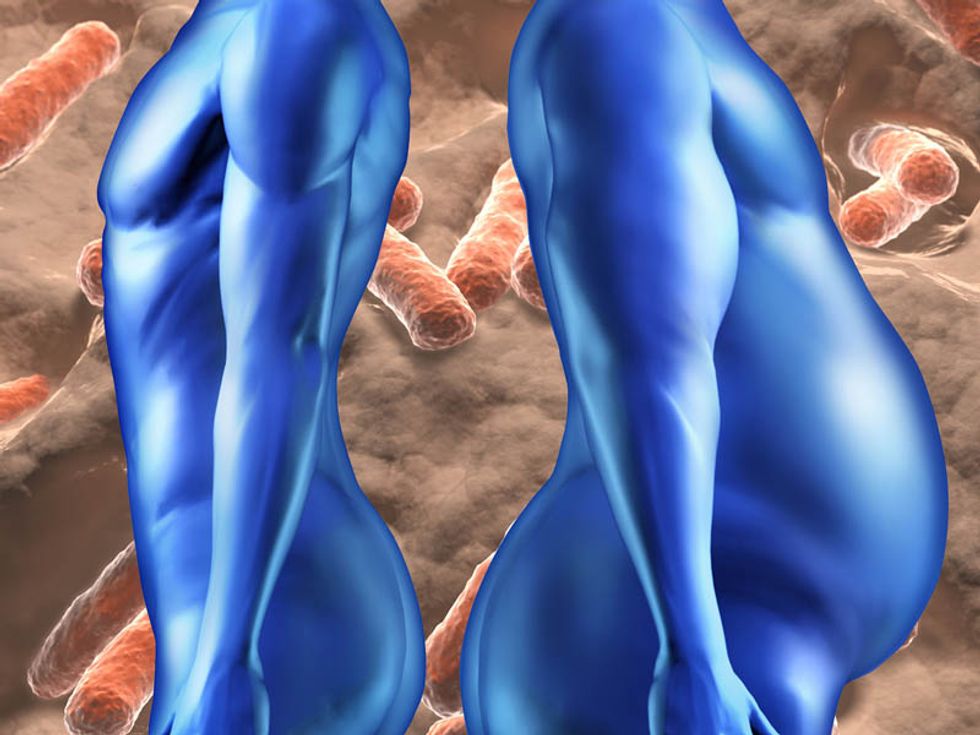 With doctors around the country searching for treatment options for the more than one-third of Americans categorized as obese, new research suggests the answer might be hidden inside our bodies: the microbes living in our digestive systems. Bacterial cells outnumber human cells ten to one, with the largest and most diverse populations living in our mouths and large intestines.  Numerous studies have investigated the link between obesity and the diversity of bacteria residing in the gut, and while the research is still in early stages, scientists have been intrigued by their findings.

In one study using mouse models, scientists compared two groups of mice on the same diet. Researchers gave one group of mice the microbes collected from obese women, while the other group received microbes from lean women. As long as the mice inhabited separate cages, those with the microbes from obese women gained more weight and had higher body fat levels than those with the lean microbes, even though they all ate the same type and amount of food. When the two groups lived in the same cage, both groups stayed lean – possibly because the mice consumed each other’s feces and those who initially had obese-type microbiomes absorbed bacteria from the lean group.

This was a small sample size and there are many possible explanations for how the gut bacteria impacts the weight of the individual. Better absorption is just one avenue of investigation, and data collected from mouse models doesn’t always hold up in humans. Follow-up studies have been unable to reproduce the results of the earlier Firmicutes-Bacteroidetes study that showed a link between obesity and the ratio of one type of

bacteria over another, nor did the researchers find that gut bacteria diversity was a definitive predictor of obesity.

“Data from human studies are a lot messier than the mouse data,” said Claire Fraser of the University of Maryland, who studies gut microbes and obesity.

But it certainly seems to be an avenue of inquiry worth pursuing. Another group of scientists enrolled almost 1,000 people in a multi-year study that required the participants to wear a blood glucose monitor and keep a diary of their eating and lifestyle habits. The researchers gathered data on how the participants’ bodies responded to around 50,000 meals. They discovered that the microbiota played a significant role in how people’s glucose levels responded to different foods. For example, some people experienced a spike in their glucose levels after eating bread, while others didn’t. The goal of the project was to create personally tailored diets based on an individual’s microbiome.

“Calories are definitely an important player, but we’ve been led to think that it’s the only player,” said Eran Segal, a computational biologist running the Personalized Nutrition Project. “That is absolutely not true.”