A new Flu Vaccine's in the Works, and It Ain’t Pretty 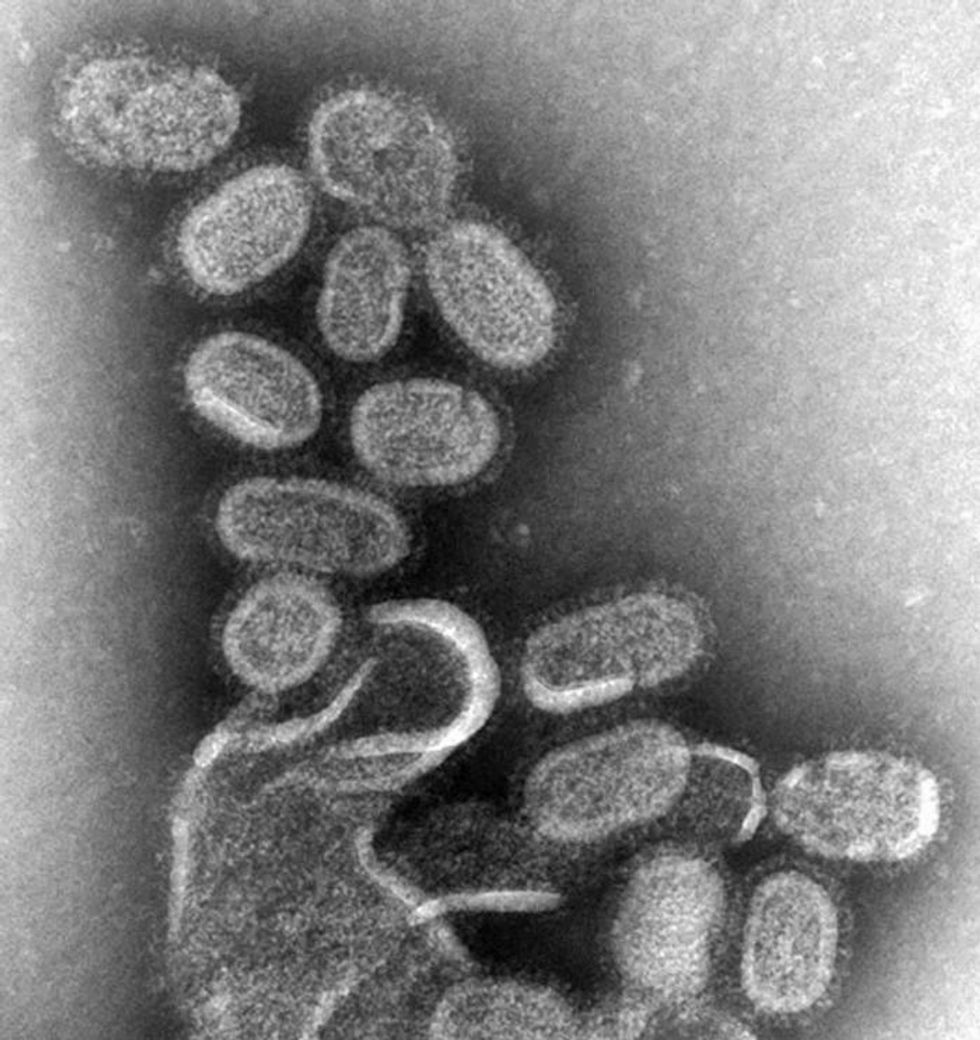 A compound found in frog slime might just beat the flu virus, according to new research published in the journal Immunity.

Frogs secrete compounds in their mucus to protect them from potentially infectious bacteria and fungi. Some frogs have mucus that contains antimicrobial peptides—small molecules that can regulate the chemical activity of other molecules.

One of these frogs is a species called Hydrophylax bahuvistara, a colorful frog found in southwest India. Researchers collected slime from this species, then screened it, coming up with 32 peptides. The scientists called the peptides “urumin,” after the urumi, a flexible, whip-like sword that originated in southern India. They chemically synthesized versions of the urumin in a lab, and tested them on strains of the human flu virus.

Four strains of the peptides succeeded in killing the flu virus.

The peptides destabilized the virus by wrapping themselves around a particular flu protein called hemagglutinin, which helps the virus bind to cells in the respiratory tract.

“The virus needs this hemagglutinin to get inside our cells,” said Joshy Jacob, an associate professor in the Emory University School of Medicine’s microbiology and immunology department, which led the study. ‘”What this peptide does is it binds to the hemagglutinin and destabilizes the virus. And then it kills the virus.”

“It kind of blows them up,” continued Jacob.

The slime was also effective at killing flu viruses that had mutated to resists the effects of certain antiviral drugs, like Tamiflu. “Urumin therefore has the potential to contribute to first-line anti-viral treatments during influenza outbreaks,” the researchers wrote in their report.

Importantly, despite the damage it does to the flu virus, it leaves healthy tissue intact. “There’s no collateral damage,” said Jacob.

In mice trials, dozens of flu strains were destabilized—though not all.

Another bit of bad news—only one of those four strains wasn’t toxic to human cells. The compound also is not very stable in the human body, so scientists will need to figure out how to make a synthetic version that lasts longer.

However, frog slime shows promise, not just in treating the flu, but in treating a host of other viral infections, including hepatitis, HIV, Zika and Ebola.

“The ones in nature have evolved over millions of years and perfected themselves by trial and error. These work really, really well,” said Jacob.

He continued: “It’s just a matter of searching and finding them.”