How moldy hay and dying cows led to one of the greatest medical breakthroughs of the 21st century. 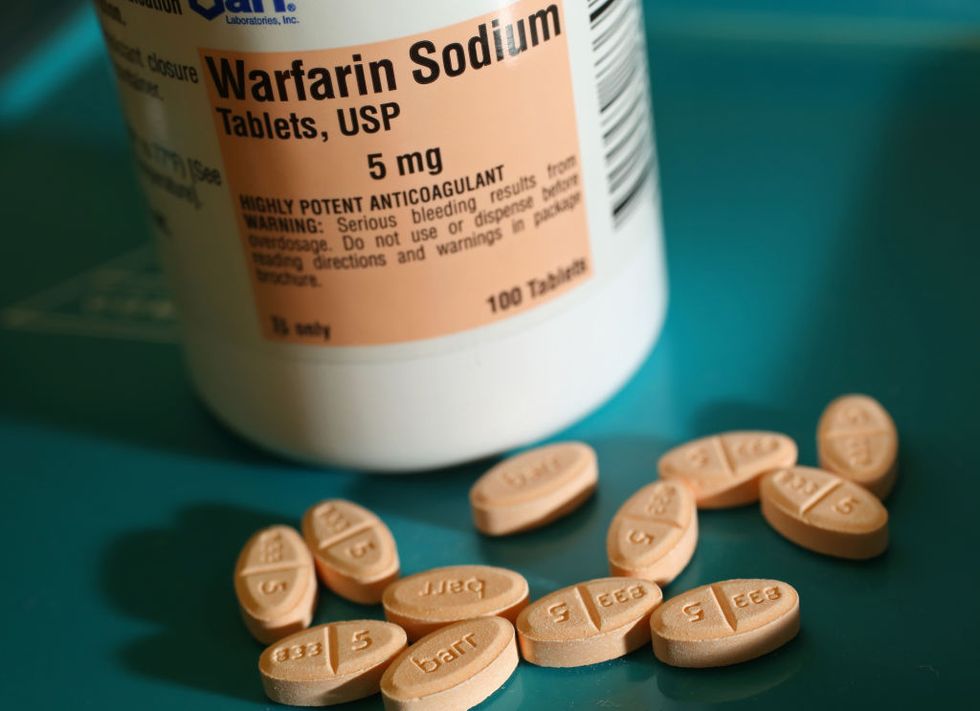 In the early 1920s, cows across the Northern United States and Canada were dying after succumbing to major hemorrhaging—but no one knew why the hemorrhaging was occurring.

A Canadian veterinarian named Frank Schofield set out to solve the mystery. And he succeeded, determining that all of the affected cattle had eaten hay that had been infected with moldy sweet clover plant. But beyond telling farmers to not feed their cows the moldy plant, there was little to be done.

Other researchers set out to tackle the problem. In 1933, Wisconsin-based chemist Karl Paul Link was confronted by a Wisconsin farmer named Ed Carlson. Carlson had lost several cows to the disease, including one of his favorites, who had “developed a massive hematoma on a thigh and following a skin puncture, fatal bleeding set in rapidly.”

Link was deeply affected by Carlson’s story. As was Link’s German graduate student Eurgen Wilheim Schoeffel. Link described Schoeffel’s reaction to Carlson as: “Vat vill he find ven he gets home? Sicker cows. And ven he and his good voman go to church tomorrow and pray and pray and pray, vat vill dey haf on Monday? More dead cows! He has no udder hay to feed—he can’t buy any…. Mein gott! Mein gott!”

Thus motivated, Link got to experimenting. It took many years, but in 1940, Link and his colleagues determined that the anticoagulant molecule occurs when a fungus that causes the mold reacts with a naturally-occurring substance in the hay called coumarin. They named the blood-thinning compound dicoumarol.

Their discovery helped farmers save cattle. But, for a time, that was as far as the discovery went.

Years later, Link took a sabbatical from his research to recover from tuberculosis. During this time, he read about problems with rat control, and thought that coumarin could be useful in attacking the rat population. Link patented warfarin—a name derived from Wisconsin Alumni Research Foundation (WARF), which funded Link’s work, and coumarin. Today, it is still used as a rat poison, working by preventing rats’ blood from clotting and causing bleeding into their brains.

“They realize that the dicoumarol is thinning the cows’ blood. Therefore, it could also be used as a blood thinner in human patients,” said Walters.

However, given that it does act as a poison, researchers were concerned about using the drug in humans. Concerns were eased, however, when in 1951 a man attempted suicide by overdosing on warfarin rat poison. He was saved by giving large doses of vitamin K, which counteracted the blood thinning properties of the drug.

Now knowing that the effects could be reversed if necessary, Endo Laboratories soon produced a version of warfarin intended for humans under the name Coumadin. It was made famous when, in 1955, it was administered to President Dwight Eisenhower following a heart attack. “What was good for a war hero and the President of the United States must be good for all, despite being a rat poison!” wrote B.M. Duxbury and L. Poller, scholars on the subject.

Today, warfarin continues to be the most widely used anticoagulant in the world—thus winning the prize not only for one of the greatest medical breakthroughs of the 21st century, but as one of the greatest, and most convoluted, medical detective stories, too.