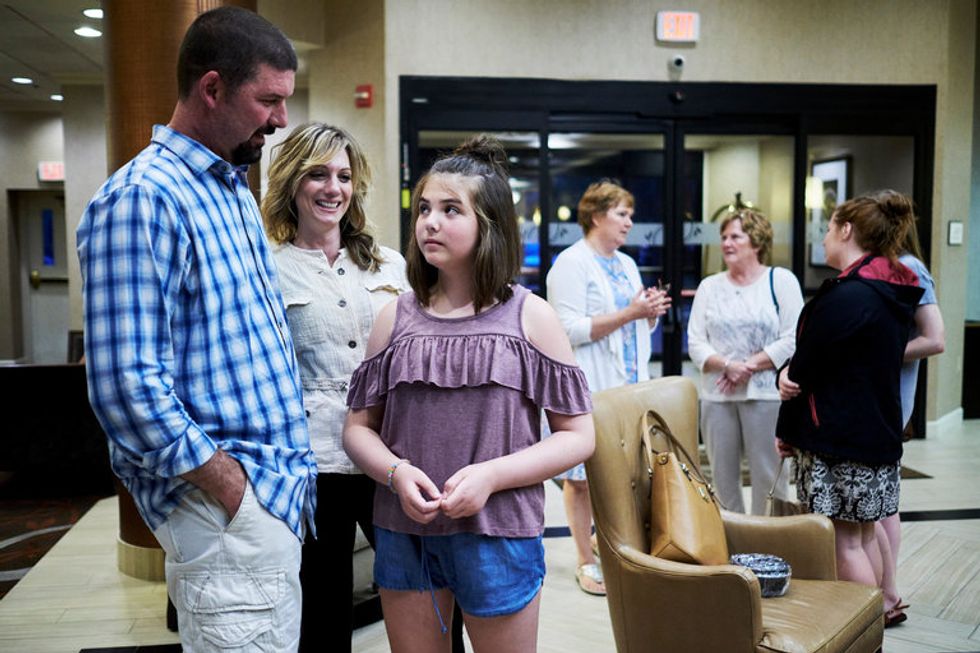 The Food and Drug Administration advisory committee recommended unanimously that the drug-regulating agency approve a “living drug” approach for children and young adults who are diagnosed with a common type of leukemia.

Procedurally, the FDA is not required to adhere to the recommendation of the advisory committee, but in the past, it typically has done so.

Following the proliferation of — essentially, the conversion of the cells to — these CAR-expressing T cells, the cells are transfused back into the patient with the new ability to detect cancer cells carrying the antigen. Essentially, this treatment takes cells from a cancer patient, modifies the cell’s genes and then puts the modified cells back into the patient’s body to fight cancer. The aspiration is that healthy tissue will remain unharmed.

Should the FDA approve this medication, it would mark the first FDA approval of a “gene therapy product.”

This drug is known as CTL019, or tisagenlecleucel. It was developed as a treatment for B cell acute lymphoblastic leukemia — the most common childhood cancer in the United States.

One of the most critical developments in decades in the fight against cancer, this treatment is revolutionary in that it utilizes the human body’s immune system to do the fighting.

Especially noteworthy is that, for years, scientists have attempted to stimulate the human immune system to battle cancer, and have achieved only modest success. However, more recently, scientists have developed immunotherapy drugs that have proven more efficient.

“This is the most exciting thing I've seen in my lifetime,” said Dr. Timothy Cripe, an oncologist at the Nationwide Children's Hospital in Columbus, Ohio.

According to Dr. David Lebwohl, who leads the CAR-T Franchise Global Program at Novartis, the pharmaceutical company seeking FDA approval for the treatment, “It's truly a paradigm shift. It represents a new hope for patients.”

Naturally, like any new or innovative treatment or medication, there are some concerns about the safety of this therapy in the long-term, as well as the financial cost.

For one, the treatment can generate a life-threatening reaction in the human body called “cytokine release syndrome,” where the immune system breaches vital organs.

Some patients who had received similar treatments from other companies died of brain swelling. Researchers and doctors saw similar complications in patients receiving CTL019, though these patients recovered.

Second, the cost is expensive; though Novartis has no established estimate of price, some industry analysts are estimating approximately $500,000 per infusion in this procedure.

Third, there are also some long-term complications. The genetic alterations in T cells are done via a virus, which could potentially lead to future or long-term side effects.

As a result, plans to follow the progress of patients who have received or are receiving the treatment are vital. The therapy is also only going to see availability in 30 to 35 hospitals, all of which possess a particular level of experience in production and administering of the treatment.

Despite these concerns, the advisory committee recommended this CAR-T immunotherapy treatment in a 10-0 vote.

In the meantime, doctors in 11 countries treated 88 patients, aged three to 23, with CTL019. These patients had failed standard treatment and follow-ups or relapsed. However, CTL019 caused remissions in 83 percent of these patients.

“This product has been shown to result in a high rate of response,” according to Lebwohl.

Many physicians and researchers are pleased with the prospects of this innovative treatment.

“I’m happy most of all for the patients who will benefit from this therapy,” said Dr. Carl June of the University of Pennsylvania Perelman School of Medicine, who developed the therapy.