Researchers Find Dogs Understand A Lot of What You Say 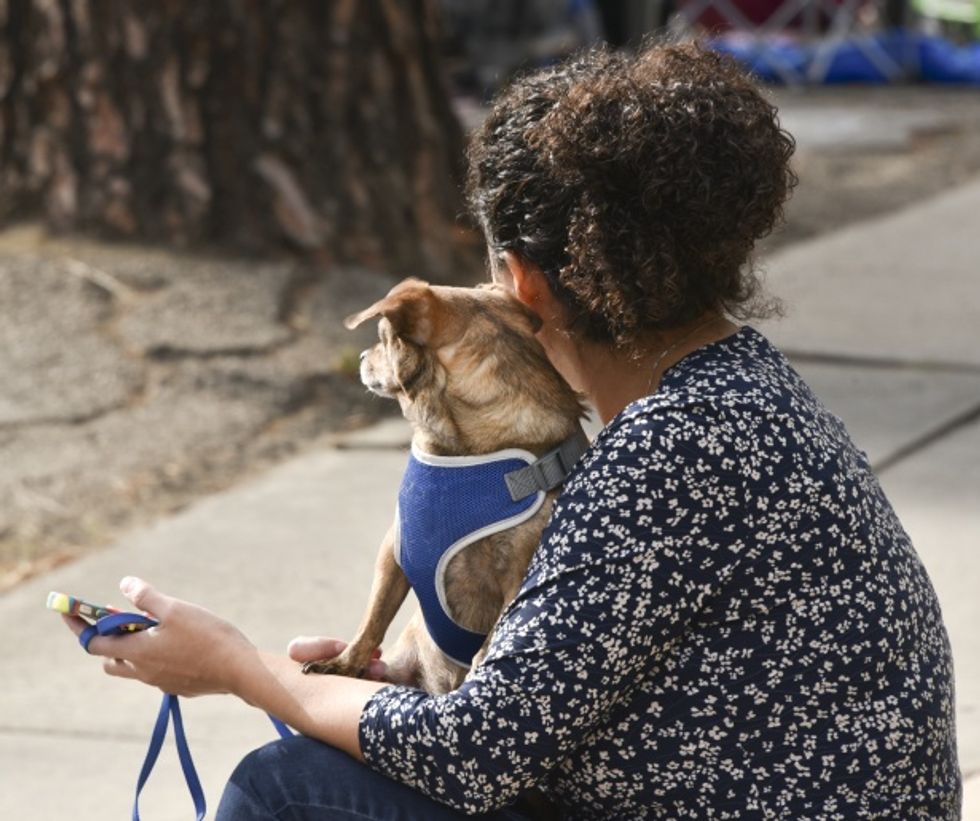 Dog owners know their furry friends go into a tail-wagging fit when called a “good boy!” in a cheerful voice. It turns out that dogs really do understand those words, according to a new study published in Science. Hungarian researchers found that dogs use their brains to process both words spoken and tone to determine the meaning behind them. The team says this duality means dogs’ brains process speech similarly to humans.

Attila Andics and his research team at Budapest’s Eotvos University trained 13 dogs to lie down in an fMRI scanner, which is used to measure their brain activity. While they were inside, a  female trainer used praising words (ie, “good boy!”) and neutral words (ie, “yet”, or “if”), which had no meaning to the animals. She used different intonations to speak these different words -- for example, using a friendly, high-pitched voice to speak meaningless words, or a neutral tone to give praise, and vice versa.

Using the fMRI images, the researchers found that the dogs used the left side of their brains to process the spoken words, regardless of the tone used. Tone, meanwhile, was processed in the auditory regions of the right hemispheres. These left-right differences in processing speech and tone are similar to the processing patterns of another species -- humans.

“The human brain not only separately analyses what we say and how we say it, but also integrates the two types of information,” said Andics in a statement. “Our findings suggest dogs can also do all that, and they use very similar brain mechanisms.”

Interestingly, the researchers found that blood flow increased to the “reward center” of the dog’s brain, when positive, praising words were spoken in a positive, praising tone.  This shows that, “[...] for dogs, a nice praise can very well work as a reward, but it works best if both words and intonation match," Andics said in a statement to the New Zealand Herald.

In an interview with NPR, cognitive neuroscientist Brian Hare said that scientists have long believed that humans were unique in their language-processing abilities -- notably, how the left side of the brain controlled communication processing. This new body of research offers a new look into these evolutionary theories, showing that this left-side dominance is widespread across several species, including dogs. This means that the practice of speech is likely far more ancient than we have previously believed.