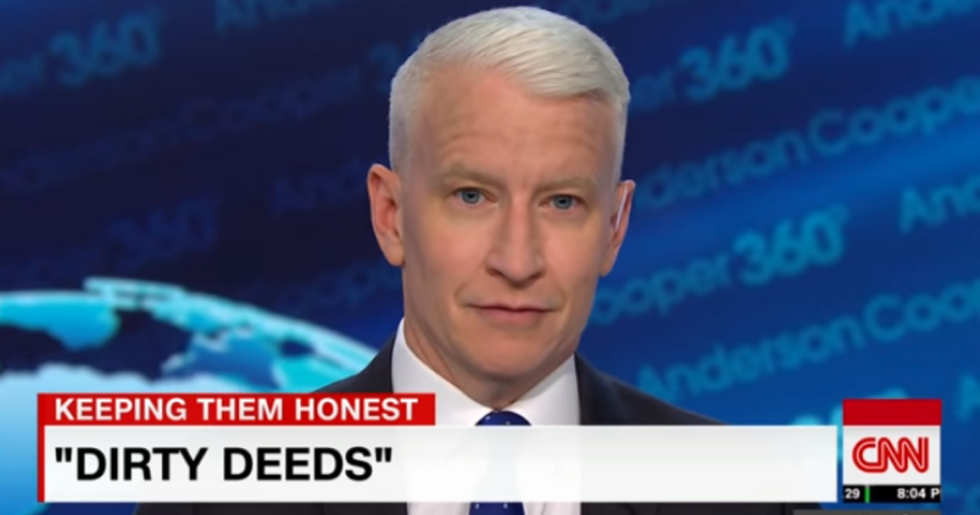 CNN's Anderson Cooper ripped into White House Press Secretary Sarah Huckabee Sanders on Wednesday after Sanders said she hopes to be remembered as being "transparent and honest."

Watch the video of Sanders's answer below:

Cooper played clips of Sanders denying President Donald Trump's knowledge of hush money payments to Stormy Daniels and Karen McDougal in 2016, which New York prosecutors say were campaign finance violations. Trump originally lied about having knowledge of the payments but now insists they were legal.

Trump's former lawyer and fixer Michael Cohen was sentenced on Wednesday to three years in prison for his role in the scheme. Court filings indicate that Trump had instructed Cohen to break the law.

Sanders, who has been vilified for habitual dishonesty, used her position to cover for Trump.

Watch the clip below beginning at 2:50:

Sanders is predictable, at least.

@HuffPost so has there ever been a press secretary for anything that was totally transparent and honest?
— buster (@buster) 1544707798.0

“The president has had an equal number of contentious conversations with your male colleagues,” Sanders said. “Women wanted to be treated equally, and we have a president that certainly does that. He is not going to hold back, and the people of this country elected him in large part because he is a fighter.”

When asked if Trump's treatment of journalists is appropriate, Sanders backed the president again.

“I don’t always find the behavior of the press to be appropriate, either," she said. "Again, I think that the president is somebody who is a fighter."

Sanders also refuted rumors that she would soon quit as press secretary.