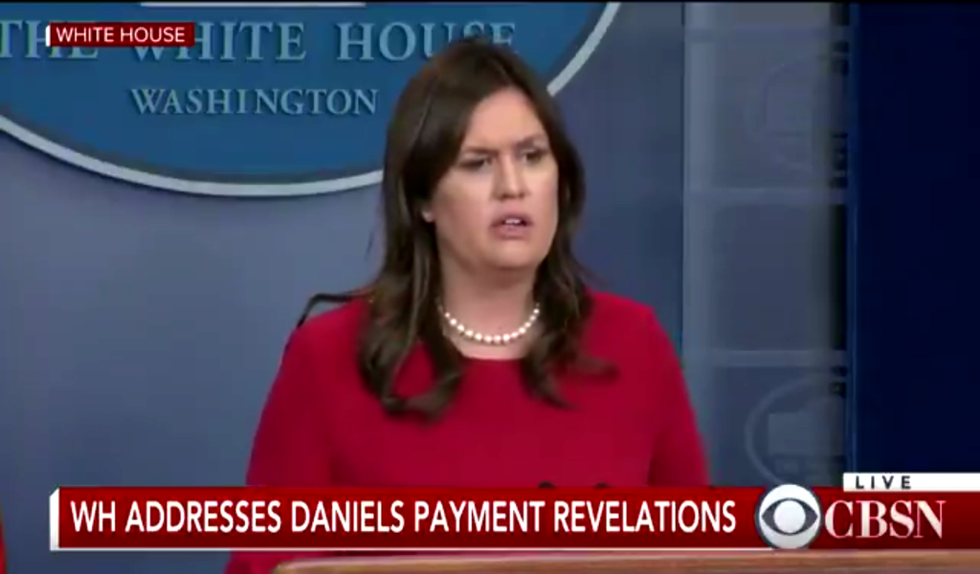 Wednesday night on Hannity, Rudy Giuliani, newly minted member of Donald Trump's legal team, made news when he announced that Donald Trump had repaid the $130,000 that Michael Cohen had paid out to Stephanie Clifford (aka Stormy Daniels) to keep her quiet leading up to the 2016 election.

Donald Trump had famously denied knowing anything about the payment.

Sarah Sanders repeated that denial from the podium in her March 7th press briefing:

Sarah Sanders has a lot of explaining to do. Quote from March 7 about whether Trump knew about the payments. She sa… https://t.co/SfFOAlVcum
— Judd Legum (@Judd Legum) 1525317394.0

"We give the best information that we have at the time."

"Were you lying to us at the time or were you in the dark?"

"I have given the best information I had at the time."

Fiercely on message as always.

Now people are left to wonder if the best information is like "the best people" President Trump claims to surround himself with; maybe their best is not always the best.