Sarah Sanders Just Attempted to Defend Donald Trump's Latest Lie With a Lie of Her Own, and She Is Getting Called Out

Of course she did. 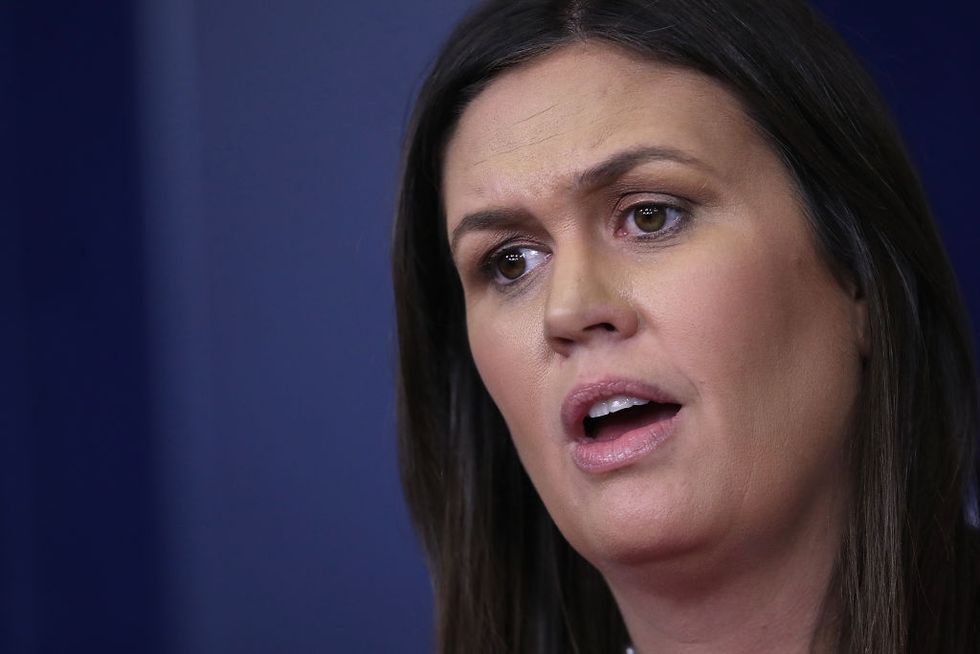 White House Press Secretary Sarah Huckabee Sanders insisted that President Donald Trump wasn't lying when he tweeted that he "never pushed" House Republicans to vote for the recent immigration bills Goodlatte 1 or 2, despite a tweet just days before urging them to do exactly that.

"Why would the president lie about something like that?" asked Matt Nusbaum of Politico.

“He didn’t. The president has talked all along, we’ve laid out the priorities and the principles that we support, that we wanted to see reflected in legislation.”

Matthew Nussbaum, the reporter who asked Sanders the question originally, took to Twitter, remarking that even the White House transcript of the press conference included Trump's original ALL CAPS tweet construction:

Video footage from the briefing caught the moment Sanders was challenged on her lie:

Others, like Olivia Nuzzi, the Washington correspondent for New York Magazine, also called out Sanders on her lie.

The Goodlatte 2 bill, a supposed compromise to the hard right Goodlatte 1 which was opposed by moderate Republicans, failed in the House last week after losing the support of over 100 House Republicans. Trump's insistence that the Democrats in the Senate would not let the bill pass the 60 votes needed for a bill to proceed past debate could be perceived as the president's way of attempting to gain momentum in his calls to end the filibuster.

@realDonaldTrump Either you are bluntly lying to save face or you are experiencing dementia at your age. Check your… https://t.co/n3nbWUBl8Y
— Janice H. (@Janice H.) 1530497779.0

But Sanders is more skilled at spinning than a boomerang. It didn't take long for her to whip up an explanation.

After insisting that even if Trump had pushed House Republicans to vote, she parroted his remarks that it wouldn't have had the 60 votes necessary to move past debate in the Senate.

Then she said something familiar:

“But at the same time the president wasn’t aggressively lobbying members, because he knew that democrats in the Senate still were unwilling to actually come to the table and focus on solutions rather than playing political games.”

The Democrats hold no majority in the Senate or the House and, with the retirement of Supreme Court Justice Anthony Kennedy, can no longer even count on a swing vote for the nation's highest court to turn the scales in their favor.

This doesn't stop Sanders and the president she works for from repeatedly painting Democrats as tyrants blocking Trump's would-be success at every turn.

Blaming Democrats has been a tenet of the Trump administration since the first day of his presidency. Americans have noticed.

Trump has turned this country into a volcano percolating and ready to erupt. I am afraid bad stuff is going to star… https://t.co/SyxkSHXdhB
— Carl Hasting (@Carl Hasting) 1530409435.0

HE keeps blaming Democrats for HIS agenda which is being implemented by Jeff Sessions! Here are the facts about Pre… https://t.co/yndy2d7q38
— Peggy (@Peggy) 1529979319.0

It is nothing new for Trump to lie from a keyboard or Sanders from a podium, but lies like Trump's Goodlatte tweet are insulting to the nation in the ease with which they're disproven.