Donald Trump Is One Step Closer to Getting His Military Parade Down the Streets of Washington, D.C. 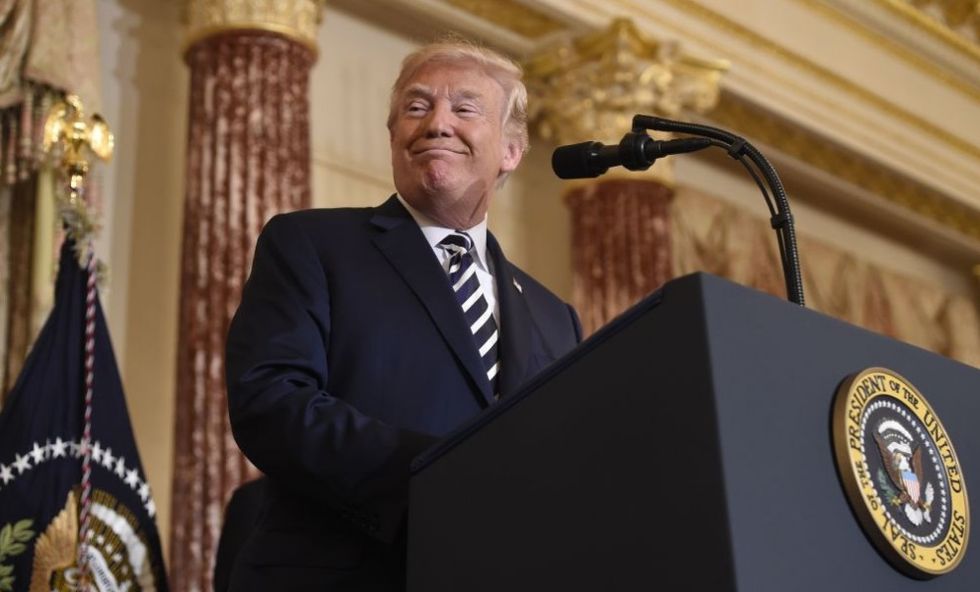 US President Donald Trump in Washington, DC, May 2, 2018. (Photo by SAUL LOEB/AFP/Getty Images)

President Donald Trump made it clear how much he admired the parade he witnessed in Paris on Bastille Day, recognizing the 100th anniversary of the United States entry into World War I. Ever since, the president told his advisers and staff he wanted a parade in Washington D.C. to match those seen in Paris, North Korea and Moscow.

Now, Republicans are trying to make it happen through the National Defense Authorization Act. The annual appropriations bill sets up funding for the Defense Department, including earmarking funds for specific projects and purposes.

Funding is set to be put aside for a parade "to honor and celebrate 100 years of patriotic sacrifice in a way that expresses appreciation and admiration for our men and women in uniform, including a parade in the nation's capital and a national celebration for that purpose."

Republicans pushing for the parade are billing it as both a tribute and a show of force to adversaries of the United States.

According to House Armed Services Committee Chairman Mac Thornberry, a Texas Republican, "at this point in history — 100 years after the Armistice when the world order that has been built largely by the service and sacrifice of veterans of past wars is under pressure from countries like Russia and China — this is an appropriate moment to acknowledge their service."

Despite Trump's desire for a parade, calling the experience in Paris "one of the most beautiful parades I have ever seen... in fact, we should do one one day down Pennsylvania Ave," the idea has been unpopular with both the military and United States voters.