Are we really surprised? 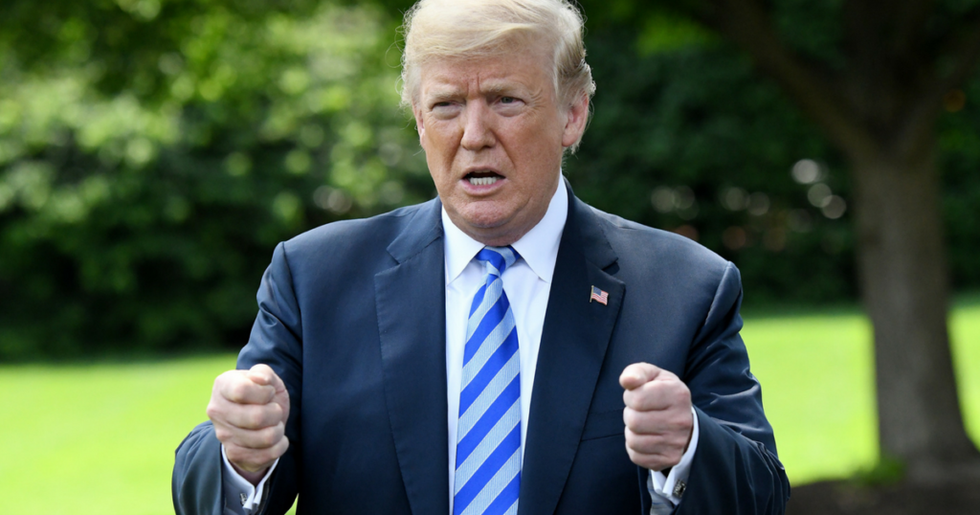 On Monday, President Donald Trump announced via Twitter that an event scheduled at the White House with himself and the Eagles was canceled because "only a small number of players decided to come."

Trump then accused the team of "staying in the locker room" during the national anthem, which the president said is "as disrespectful to our country as kneeling."

Early Tuesday morning, CNN's Jake Tapper tweeted that "sources tell me ZERO members of the Super Bowl-winning" Philadelphia Eagles "ever took a knee or stayed in the locker room during the national anthem," which punches a large hole in the narrative being spun by Trump.

Trump is, essentially, undermining his own position on the NFL-national anthem issue. His administration pressured the NFL to institute a new policy last month requiring players to stand for the national anthem or remain in the locker room.

Three-quarters of the Eagles team reportedly planned to skip the event over disagreements surrounding the NFL's new policy. The issue came to a head last fall when Trump got angry at football players who kneeled to protest police brutality toward people of color.

The NFL Players Association also issued a blistering rebuke of Trump, tweeting on Tuesday morning, "our union is disappointed in the decision" to "disinvite" players. "NFL players love their country, support our troops, give back to their communities,  and strive to make America a better place."

CNN's Kaitlan Collins reported that Trump "was infuriated" when he found out most of the team planned on skipping the event.

President Trump was infuriated when he was told hardly any Eagles players were planning on attending the celebratio… https://t.co/qrClUGp6p6
— Kaitlan Collins (@Kaitlan Collins) 1528201500.0

Later Tuesday morning, the president tweeted that an event with "wonderful music celebrating our country" would still take place at 3 PM Tuesday.

In May, Trump told Brian Kilmeade of Fox News that players who don't stand should be asked to leave the country.

And last October, Trump tweeted that NFL players who kneel during the national anthem were "showing total disrespect to our flag and country."

Others have accused Trump of being a "divider," to the point of turning Americans against each other over sports.

“This is a divider,” Julian Zelizer, a political historian at Princeton University, said in a phone interview Monday night. “He’s a polarizing president and he likes to find points of contention and he likes to make them worse. Politically, he sees a logic to it.”

Others on Twitter were also highly critical of the president. Many people pounced on the opportunity to remind Trump that freedom of speech includes the right to take a knee.

@NFLPA Too bad the owners caved in to Trump and are making patriotism mandatory.
— Jeffrey Razler (@Jeffrey Razler) 1528205081.0

@jayduhbbin @NFLPA Trump is the only one who has escalated this whole anthem protest. Go back to week one of last s… https://t.co/GxXv7EiFIc
— Jeffrey Razler (@Jeffrey Razler) 1528205902.0