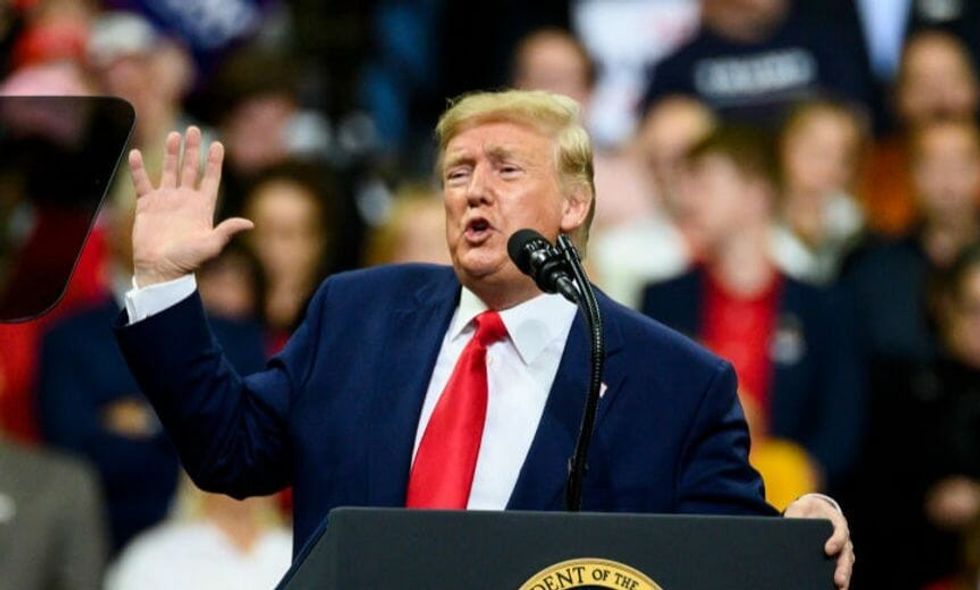 President Donald Trump features numerous odd music choices in his rallies. While patriotic songs like "God Bless the USA" would be expected, others—like "You Can't Always Get What You Want"—would seem antithetical to what any President or candidate would want to communicate.

On Thursday night though, Trump's campaign blared "Purple Rain" by the legendary rock/soul/R&B icon Prince ahead of Trump's rally in the late artist's hometown of Minneapolis, Minnesota. And people were not OK.

Even Prince's estate is clapping back, assuring that it will "never give permission to President Trump to use Prince's songs."

Prince's estate made the announcement with an attached letter dated nearly a year ago from Trump's attorneys assuring the estate that the campaign would no longer play Prince's music.

This isn't the first time the Trump administration's actions have led to artists disavowing any association with him.

When singer Neil Young sounded off on Trump for using his song "Rockin' in the Free World" at a rally, Trump snapped back on Twitter.

Both Rihanna and Guns & Roses frontman Axl Rose spoke out against the campaign's use of their music as well.

A staunch advocate for liberation, creativity, and panache, Prince is the antithesis of Donald Trump.

@prince Publishing rights & public use are being violated. Prince re-released all his music on his own label after… https://t.co/XYAzLO7Amp
— Karen Bennett (@Karen Bennett) 1570795550.0