Trump Supporters Left a Sign Outside Alexandria Ocasio-Cortez's Office Supporting Her, and AOC's Response Is All of Us 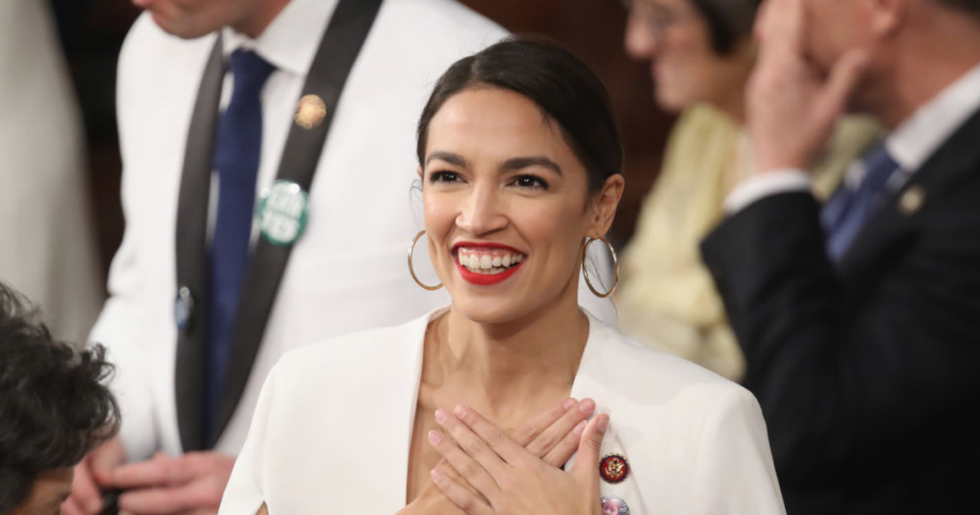 WASHINGTON, DC - FEBRUARY 05: U.S. Rep. Alexandria Ocasio-Cortez (D-NY) greets fellow lawmakers ahead of the State of the Union address in the chamber of the U.S. House of Representatives on February 5, 2019 in Washington, DC. President Trump's second State of the Union address was postponed one week due to the partial government shutdown. (Photo by Win McNamee/Getty Images)

Congresswoman Alexandria Ocasio-Cortez is a favorite target of many of President Donald Trump's supporters. They frequently decry her as idiotic, lambast her Green New Deal proposal, and eagerly await the chance to pounce on a perceived infraction.

But there are exceptions to every rule—and two of them left a sign outside her office before speaking with her briefly.

The Congresswoman detailed the interaction in a recent Twitter thread.

It's easy to imagine her bafflement. She and Donald Trump are diametric ideological opposites in an increasingly divided country.

More and more Americans are acknowledging the reality of the climate crisis, but lawmakers have repeatedly failed to pass adequate legislation to curtail it.

Many of the Congresswoman's Twitter followers began commending her.

Others were skeptical and followed the typical pattern of mocking her, but that clearly hasn't lessened her conviction yet.