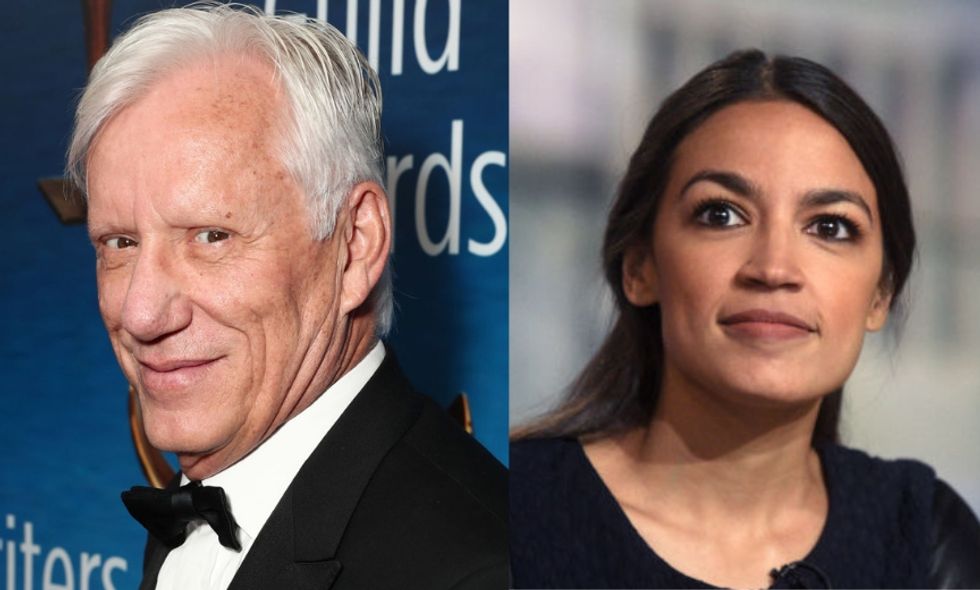 Freshman Congresswoman Alexandria Ocasio-Cortez (D-NY) has many American Conservatives quaking in their boots, and it appears that James Woods is one of them.

His latest about Congresswoman Ocasio-Cortez is the latest one.

Ocasio-Cortez's views on constitutional health care, fair taxation, and social justice helped her unseat a 10 time incumbent in her district. She isn't dangerous to America, but—many believe—is calling for the United States to reach its fullest potential.

Those who weren't scared thought Woods' assertion was ludicrous.

Ocasio-Cortez has gone on to inspire thousands of Americans outside of her district, and for good reason.

Many think she could be a beacon of hope in a political climate where hopelessness is far too abundant.

@RealJamesWoods @AOC Where it proudly, Sister, you're in great company. #Solidarity #UnionStrong https://t.co/hbtSZQGtva
— WE NEVER FORGET (@WE NEVER FORGET) 1547828138.0

Americans don't seem to be buying the fearmongering against Ocasio-Cortez. James Woods should ignore it at its own peril.