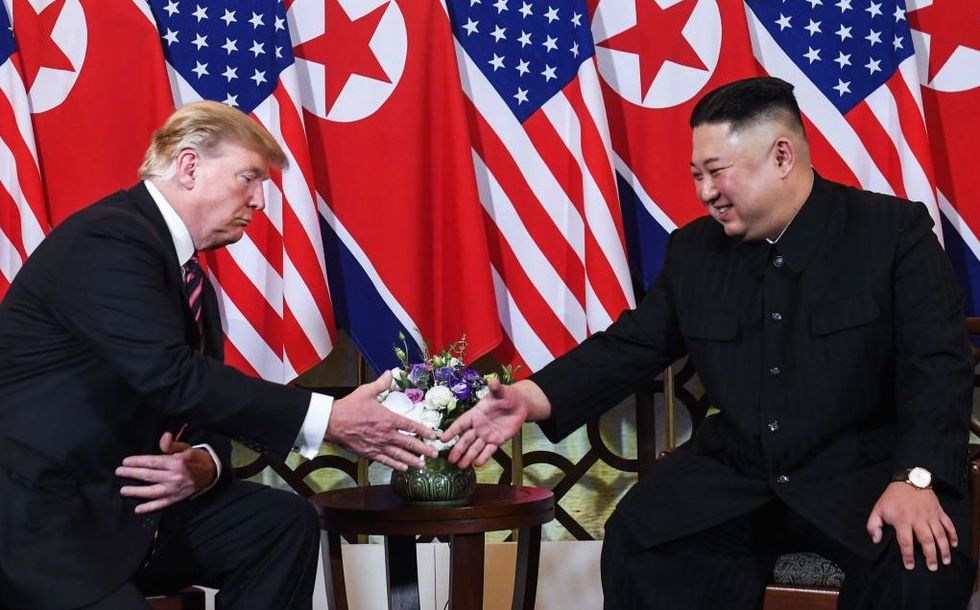 After the abrupt end to the Vietnam Summit between North Korean leader Kim Jong Un and President Donald Trump, people began to assess how things went. As the concessions are weighed, most see little of the Art of the Deal from Trump.

The President once again hyped his latest meeting with Kim, this time set in Hanoi, Vietnam.

The irony of Trump going to Vietnam after multiple deferments to avoid such a trip was lost on few. While Kim traveled to Hanoi by train facing little ridicule, the setting already put the United States President at a disadvantage in the public eye.

Trump Solemnly Lays Wreath At Site Where He Would Have Died During Vietnam War If He Weren’t Rich https://t.co/qwsl0tJ2pv
— Lola E Peters (@Lola E Peters) 1551474499.0

Point to Chairman Kim on this one.

People found plenty of other things that went Kim's way during the abbreviated tête-à-tête.

Just astounding that a Republican Party which spent a decade accusing Obama of “palling around” with terrorists” is… https://t.co/TqrzSBHvy4
— Matt McDermott (@Matt McDermott) 1551344170.0

Others raised another potential byproduct of the summits with Kim.

After the last summit, annual large scale war games were canceled in South Korea. Now the Pentagon is expected to announce a scale back from the large spring exercise—known as Foal Eagle and Key Resolve—to smaller, more specific drills spaced out across the year.

Was this another concession made by Trump to Kim, like last year's cancellation of the joint exercise on South Korean soil? Or is it a brilliant cost-saving plan envisioned solely by Trump as the President is saying? Or is it all unrelated as Pentagon sources—who claimed they wanted to scale back the showy exercise for years due to high cost, low efficiency and ineffective results—state?

The lists of concessions tipped greatly in Kim's favor according to most observers.

But the President had a response for his critics.

So funny to watch people who have failed for years, they got NOTHING, telling me how to negotiate with North Korea. But thanks anyway!
— Donald J. Trump (@Donald J. Trump) 1551029232.0

Unfortunately for Trump, his critics had a response for him.

The White House has not specified if another summit is planned with North Korea.