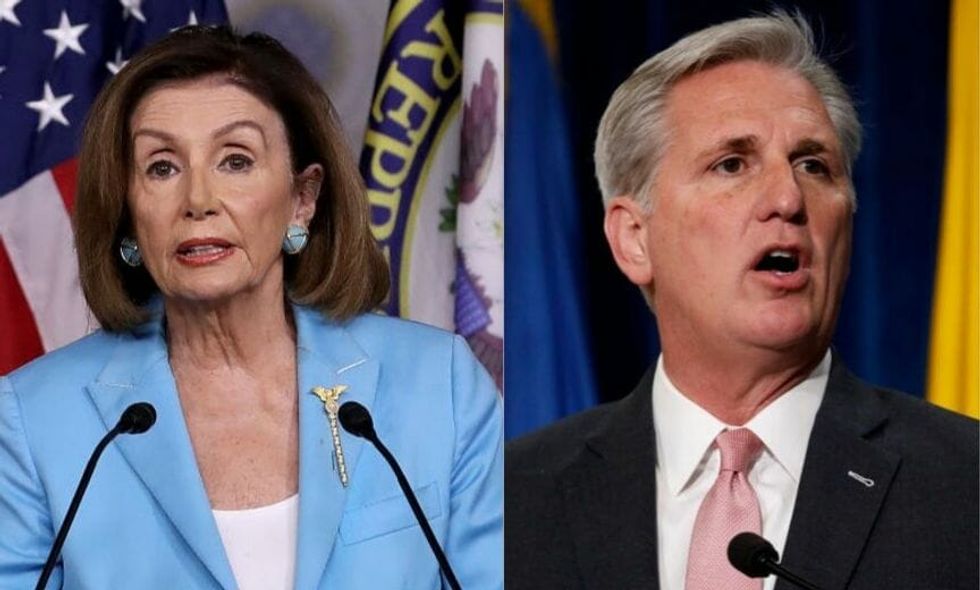 President Donald Trump publicly called for China and Ukraine to investigate his political rival, former Vice President Joe Biden on Thursday while speaking to reporters on the White House lawn.

The calls to investigate were a repeat of Trump's actions on a phone call with Ukrainian President Volodymyr Zelensky in July, the contents of which were released by the White House in a rough transcript of the call and in a whistleblower complaint later made public after being withheld by the White House.

Trump soliciting the Ukrainian President for dirt on his political rival spurred House Speaker Nancy Pelosi (D-CA) to launch an impeachment inquiry against him.

Thursday morning, House Republican Leader Kevin McCarthy (R-CA) asked Pelosi to suspend the inquiry, but he was too late. Pelosi, along with millions of others, had already seen the President calling on Ukraine—and now China—to investigate the Bidens.

Her response shut McCarthy down with the perfect amount of shade:

"I received your letter this morning shortly after the world witnessed President Trump on national television asking yet another foreign power to interfere in the upcoming 2020 elections. We hope you and other Republicans share our commitment to following the facts, upholding the Constitution, protecting our national security, and defending the integrity of our elections at such a serious moment in our nation’s history.”

You can read the entire letter here.

Her persistence had Americans cheering.

Pelosi has vowed to follow the facts while investigating the President's impeachable offenses.