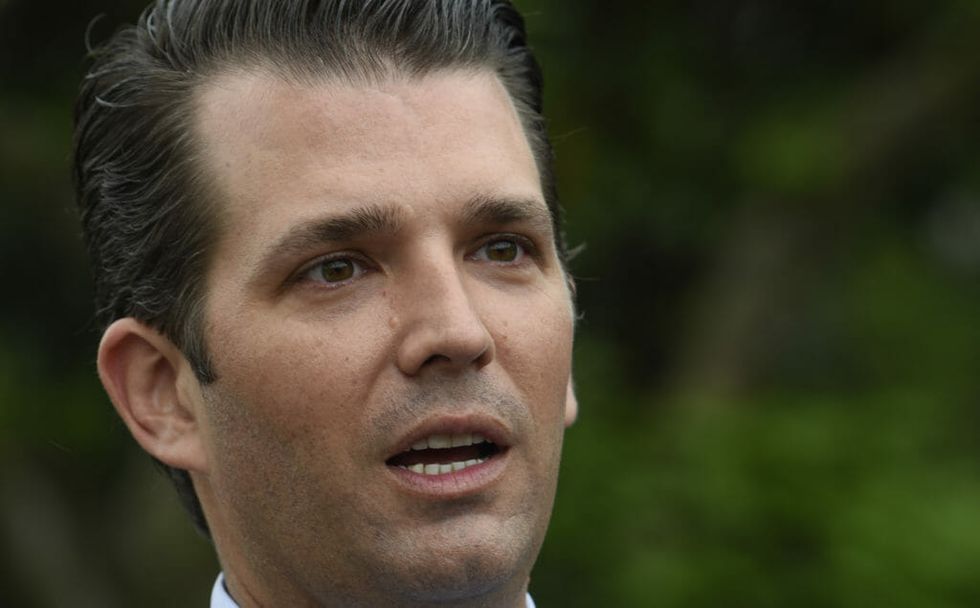 An executive at Vkontakte, or VK, Russia’s equivalent to Facebook, emailed Donald Trump Jr. and social media director Dan Scavino in January and November 2016, offering to help promote Trump's campaign to its millions of users, according to previously undisclosed emails which show follow-up after a meeting at Trump Tower in June of last year. The emails were read to The Washington Post. Their authenticity was confirmed by individuals with knowledge of their contents. They show a new direct "point of contact" between an influential Russian and members of the Trump campaign.

Congressional investigators discovered the emails from the British publicist, Rob Goldstone, who arranged the meeting, and raised questions at Wednesday's classified meeting with Trump Jr., who claimed he could not recall the interactions, and cited attorney-client privilege.

According to Representative Adam Schiff (D-CA), the top-ranking Democrat on the House Intelligence Committee:

As I understand it, this particular conversation for which they were claiming privilege took place after the emails became public, and, was therefore focused more on the reaction to the publication of the emails.

Schiff did note, however, that he did not believe one could "shield communications between individuals merely by having an attorney present."

An email dated November 5, 2016, from Goldstone to Don Scavino, a former Trump aide who is now the White House's director of social media, reveals that Konstantin Sidorkov, who serves as VK’s director of partnership marketing, offered to join forces with the Trump campaign.

“It will be the top news in Russia,” Sidorkov wrote. Scavino seemed enthusiastic about the possibility and it's unclear whether the campaign pursued the idea. “Please feel free to send me whatever you have,” Scavino wrote to Goldstone on Jan. 19. “Thank you so much for looking out for Mr. Trump and his presidential campaign." He added that "Don and Paul" were on board with the idea -- a reference to then-Trump campaign chairman Paul Manafort and Trump Jr.

Trump Jr. came under fire earlier this year after he revealed that he met with a Russian lawyer during the presidential campaign. An intermediary for the lawyer promised damaging information about Hillary Clinton, the Democratic opponent. Trump Jr.’s emails contradict months of denials by the Trump administration of any collusion with Russian operatives.

Asked this summer by Fox News host Sean Hannity whether there was any follow-up, Trump Jr. said:

There wasn't really follow-up because there was nothing there to follow up. You know, as we were walking out, [Goldstone] said 'Listen, I'm sorry for that. ... There was some puffery to the email, perhaps to get the meeting, to make it happen, and you know, in the end, there was probably some bait and switch about what it was really supposed to be about. And so, you know, there is nothing there.

A separate CNN report alleges that "Candidate Donald Trump, his son Donald Trump Jr. and others in the Trump Organization received an email in September 2016 offering a decryption key and website address for hacked WikiLeaks documents."

Congressional investigators "are trying to ascertain whether the individual who sent the September email is legitimate and whether it shows additional efforts by WikiLeaks to connect with Trump's son and others on the Trump campaign," the report continues. Multiple sources described the email and its contents to CNN and it was also verified by Trump Jr.'s attorney.

The Trumps and their associates received the email less than three weeks before Wikileaks reached out to Trump Jr. just before midnight on September 20, 2016, regarding a PAC-funded, anti-Trump website. “A PAC run anti-Trump site putintrump.org is about to launch,” WikiLeaks wrote. “The PAC is a recycled pro-Iraq war PAC. We have guessed the password. It is ‘putintrump.’ See ‘About’ for who is behind it. Any comments?”

Trump Jr. responded: “Off the record I don’t know who that is, but I’ll ask around. Thanks.”

After The Atlantic went public with the messages, Trump Jr. decided to post them to his personal Twitter account. “Here is the entire chain of messages with @wikileaks (with my whopping 3 responses) which one of the congressional committees has chosen to selectively leak,” he wrote. “How ironic!”

Trump Jr. downplayed his message exchanges with WikiLeaks on Twitter during Wednesday's hearing.