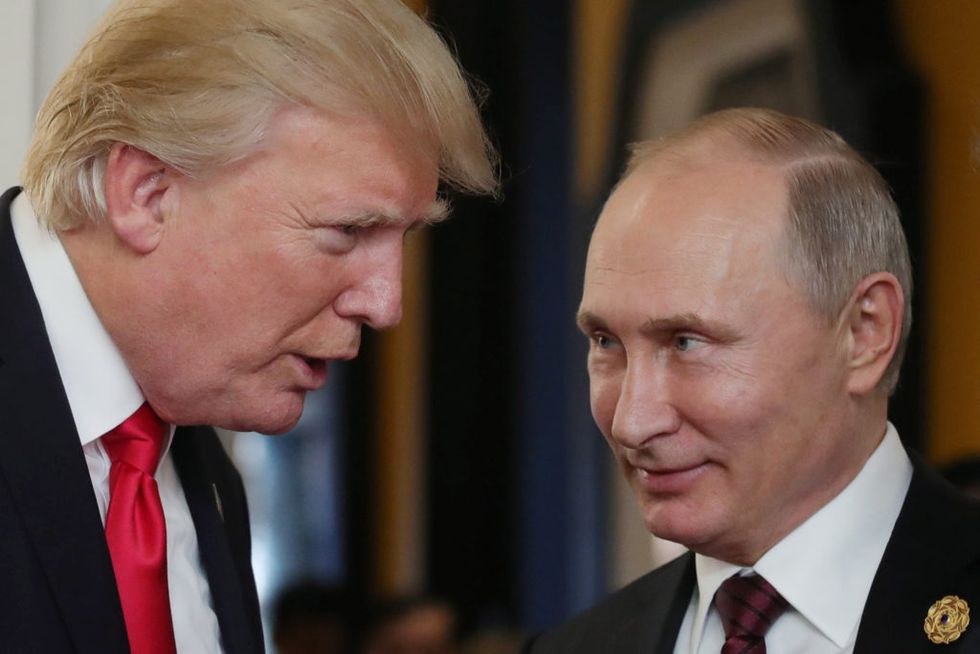 Russia's interference in the 2016 election almost certainly helped propel Donald Trump to the presidency, according to a new book: Cyberwar: How Russian Hackers and Trolls Helped Elect a President––What We Don't, Can't, and Do Know.

This was largely achieved through manipulation of the media. For example, there was the leaking of confidential DNC emails by Wikileaks on the eve of the second presidential debate.

Various snippets were taken out of context, and although most of the messages were objectively harmless, they were nevertheless used to paint Hillary Clinton in a negative light - like she was hiding something, meaning she was untrustworthy.

The email dumps stole other headlines away from more newsworthy stories, such as the release of the infamous Access Hollywood recording on which Trump can be heard bragging about sexually assaulting women.

The tape was released by The Washington Post the same day as an explosive New York Times report that exposed Russian efforts to influence American voters.

On Friday, October 7, 2016, the Department of Homeland Security and the Director of National Intelligence issued a joint statement that American intelligence "is confident that the Russian Government directed the recent compromises of e-mails from US persons and institutions, including from US political organizations."

Jamieson also writes that Russian hackers were able to obtain information on voters who, based on their data, could be dissuaded from supporting Clinton.

Jamieson was able to glean additional data from polls to form her conclusion: “you can affect people, who then change their decision, and that alters the outcome.”

“I’m not arguing that Russians pulled the voting levers,” Hall told The New Yorker. “I’m arguing that they persuaded enough people to either vote a certain way or not vote at all.”

Of the four hundred and seventy Facebook accounts known to have been created by Russian saboteurs during the campai… https://t.co/PvjTGXzbeY
— The New Yorker (@The New Yorker) 1537808542.0

"If everything else is a constant? No, I do not" believe Trump would be president without the aid of the Russians, Jamieson said.

"Jamieson argues that the impact of the Russian cyberwar was likely enhanced by its consistency with messaging from… https://t.co/cC1OzhrroF
— Justin Hendrix (@Justin Hendrix) 1537785286.0

Twitter has been abuzz with people who are frustrated with ongoing denials of Russian election interference, which has time and again been proven to have taken place.

The intelligence community has been unanimous in their conclusions that Russia stuck its nose in our election.

"He also thinks that, if there was any collusion between the St. Petersburg trolls and the Trump campaign, Facebook… https://t.co/fPcqN50cn7
— Justin Hendrix (@Justin Hendrix) 1537787681.0

But beware, resistors, there's a catch. As Jane Mayer writes in the New Yorker:

"Americans eager to declare Trump’s election illegitimate will be disappointed by one of Jamieson’s arguments. Regardless of her findings about the Russian scheme, she writes that, “barring evidence of tampering” with voting machines or ballot boxes, “Trump is the duly elected President of the United States.” She says that she will leave it to others to decide whether Trump should remain in office if conclusive evidence emerges that he colluded with the Kremlin in order to win the election. “My personal judgment is yes, even then Mr. Trump would be President,” she writes. “But probably not for long.""