In 2016, Donald Trump Urged Russia to Hack Hillary Clinton's Emails and It Now Looks Like They Listened

They didn't think it was a joke. 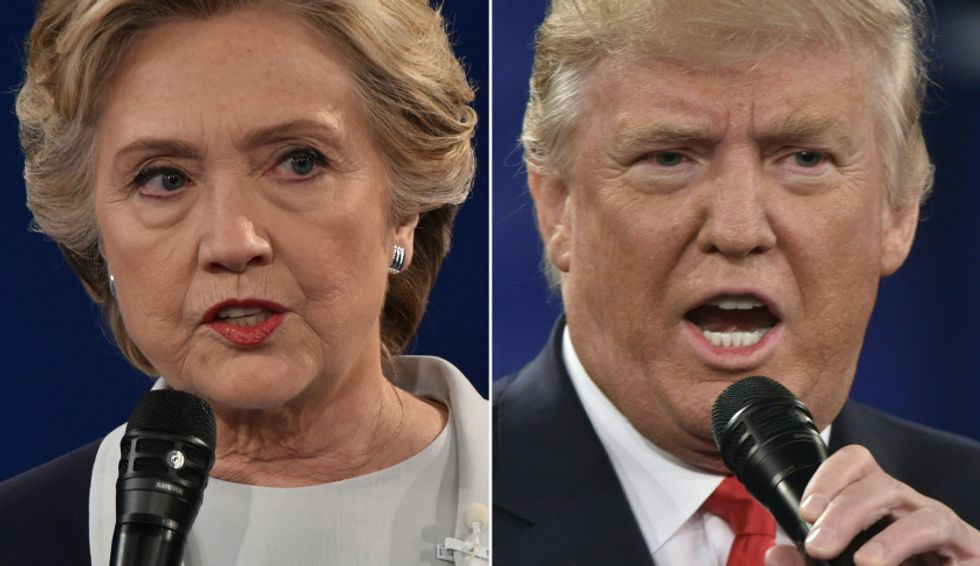 In July 2016, Donald Trump, then a presidential candidate, invited Russia to hack Hillary Clinton's emails, asking the Kremlin to find “the 30,000 emails that are missing” from the personal server she used during her tenure as Secretary of State.

Trump's remarks shocked the Clinton campaign––to say nothing of the world––and many perceived them as a potential threat to national security. Trump, as he does with most criticism, shrugged off these concerns. He made the request of the Russians on July 27, 2016.

And on that same day, according to an indictment that the Justice Department released earlier this afternoon, the Russians took Trump up on his offer.

The indictment details that "on or about July 27, 2016, the Conspirators attempted after hours to spearphish for the first time email accounts at a domain hosted by a third-party provider and used by Clinton's personal office."

That news––the confirmation many had waited for––took social media by storm.

Peter Daou, a Democratic strategist who has advised numerous political figures, including Hillary Clinton, expressed an anger felt by multitudes of Americans.

I want you all to remember: with their email obsession and endless coverage of Podesta's hacked emails, the mainstr… https://t.co/grLxrDCuOW
— Peter Daou (@Peter Daou) 1531502137.0

Other political commentators and members of the media also weighed in, with some even calling out their colleagues for spending so much time focusing on the stories about Hillary Clinton's emails rather than the specter of Russian collusion which lingered over the country even before the 2016 presidential election was in full swing.

From what I'm hearing on Russian state TV, I can surmise that Putin will blame not only Obama, but also Hillary Cli… https://t.co/qDhpwXXlCF
— Julia Davis (@Julia Davis) 1531491498.0

In recent days, President Trump had ramped up his attacks against Special Counsel Robert Mueller and members of his investigation into Russian interference, lashing out at Lisa Page and Peter Strzok, two figures at the center of a Republican-led Congressional probe into whether Mueller's investigation has operated with clear bias––and even animus––toward the president.

How can the Rigged Witch Hunt proceed when it was started, influenced and worked on, for an extended period of time… https://t.co/1bWxGnfoCK
— Donald J. Trump (@Donald J. Trump) 1531349236.0

Although the president has not commented on today's indictment himself, former Deputy Secretary of State and Director of National Intelligence John Negroponte argued that its release could have waited until after Trump's face to face meeting with Russian leader Vladimir Putin in Helsinki.

“It could have just as well waited until the president had left Europe. So it raised my eyebrow. I don’t know what the mitigating circumstances are,” Negroponte told Hill.TV's Krystal Ball on "Rising."

Negroponte added that the meeting between the two leaders should still proceed:

If it's been scheduled, it's important that these two heads of state meet. Russia is a permanent member of the [United Nations] Security Council, it's a nuclear weapons state, it has global reach, whether it's in the Middle East, the Korean peninsula, or elsewhere, and I think it behooves us to have that kind of dialogue.

Trump has indicated that he will bring up the issue of election meddling with Putin next week.

“I think we go into that meeting not looking for so much. We want to find out about Syria. We will, of course, ask your favorite question about meddling. I will be asking that question again,” the president said yesterday.

In announcing that the Justice Department charged 12 Russian intelligence officers with offenses related to the hacking of the Democratic National Committee's emails, Deputy Attorney General Rod Rosenstein to, as NPR notes, "unite against foreign influence in the American democratic process."

"In my remarks, I have not identified the victims," Rosenstein said. "When we confront foreign interference in American elections, it is important for us to avoid thinking politically as Republicans or Democrats and instead to think patriotically as Americans. Our response must not depend on who was victimized."

The White House, for its part, has stressed that no members of the Trump campaign have been named in today's indictment.

"Today's charges include no allegations of knowing involvement by anyone on the campaign and no allegations that the alleged hacking affected the election result," she said. "This is consistent with what we have been saying all along."