Democratic Mayor of Minneapolis Shames Donald Trump After Trump Went After Him Over $530,000 Rally Security Bill 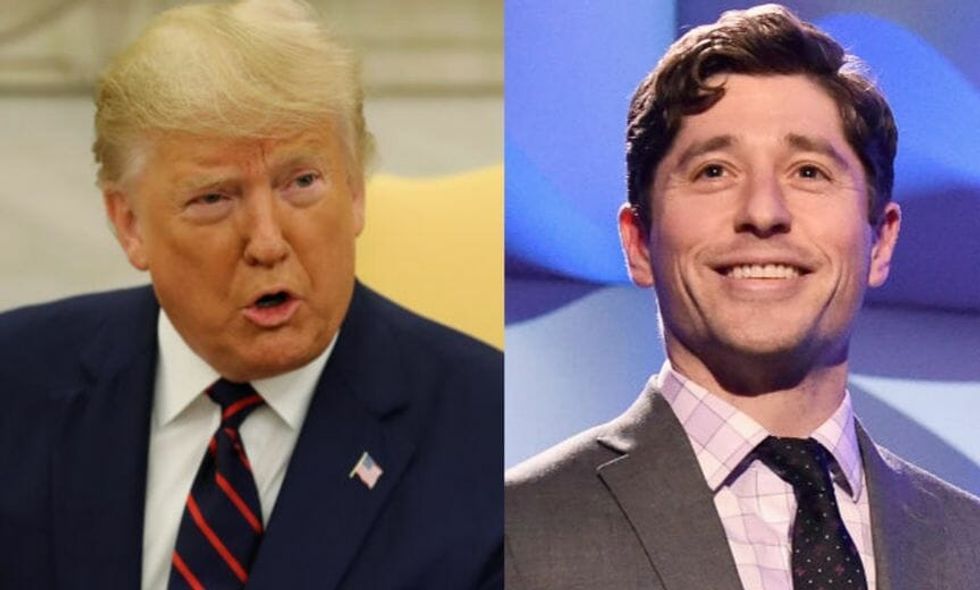 The attacks came after a Fox News segment covering a new policy in Minneapolis barring off-duty police officers who support Trump from wearing their uniforms at the President's upcoming rally in the city. Trump railed against the policy on Twitter before publicizing the "Cops for Trump" shirts peddled by the city's police union.

The President then complained that the city estimated a $530,000+ security fee for his upcoming rally, insisting that it was an effort to "price out" the Trump campaign.

Meanwhile, a trip to Mar-a-Lago costs taxpayers around $1 million a day. Ten city governments that hosted rallies have yet to be paid for police presence at the President's rallies, where he frequently touts his so-called love for law enforcement.

Someone tell the President of the United States that he can afford to help pay for the extra time our officers will… https://t.co/VtVgNmSGt4
— Jacob Frey (@Jacob Frey) 1570546540.0

Frey later addressed Trump's comments in a press conference on Tuesday afternoon, wondering why—if he's too occupied to tweet as Mayor—the President has time to tweet an occasional dozen times a day.

“I’m not one that gets overly excited about Twitter back-and-forth,” Frey said before continuing:

“I wake up every single morning with not a lot of time on my hands because I’m doing things like filling potholes and making sure our city has enough affordable housing...I don't have time with a city of 430,000 people to be tweeting garbage out, so it's kind of surprising when the president of the United States, a country with 327 million people, has the time to do this himself, so I don’t know where the guy gets the time,”

We're not sure if Trump will cough up the dough, but if he's forced to cancel his rally, we have a good idea whom he'll blame.