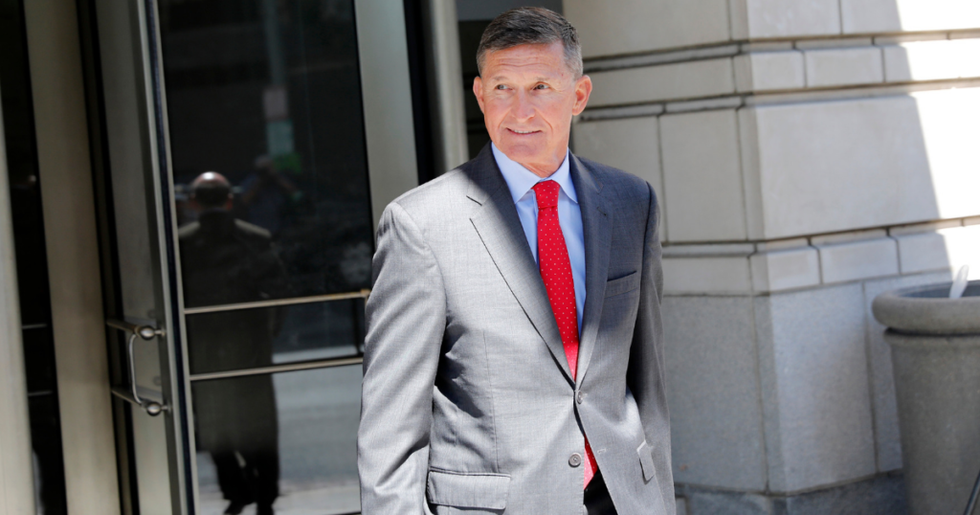 Mueller recommended a lenient sentence for Flynn due to his "substantial assistance" to the special counsel's probe. The parties will reconvene in March to readdress Flynn's eventual sentence, hinting that Mueller's probe is far from over.

United States District Judge Emmet Sullivan hammered Flynn for lying to the FBI about secret contact he had with Russian Ambassador Sergey Kislyak ahead of his brief stint in the White House. Flynn is the highest-level administration official to plead guilty in Mueller's investigation.

Sullivan made it clear that he thinks Flynn should go to prison, grilling Flynn over “my disgust, my disdain" over what Flynn had done. Sullivan warned Flynn that his further cooperation may not spare him jail time.

"This is a very serious offense. A high ranking senior official of the government making false statements to the Federal Bureau of Investigation while on the physical premises of the of the White House.”

The drama included some confusion sparked by Sullivan's questions.

At one point, Sullivan asked if Flynn had committed treason when he acted as "an unregistered agent of a foreign country while serving as the National Security Adviser to the president," adding that Flynn's actions "undermine everything this flag over here stands for! Arguably, you sold your country out!"

Sullivan later retracted those comments after Prosecutor Brandon Van Grack reminded the judge that Flynn's foreign lobbying ended before he began working in the White House.

"I made a statement about Mr. Flynn acting as a foreign agent in the White House," Sullivan said, correcting his remarks. "I'm not suggesting" Flynn committed treason, Sullivan said. "I was just trying to determine the benefit and the generosity of the government. Don't read too much into the questions I ask."

Van Grack did not respond when Sullivan asked if Flynn "could have been charged with treason," however. "The defendant had provided the vast majority of cooperation that could be considered," Van Grack said.

There is no question that Flynn is in a heap of trouble, and that he got a sweetheart deal from Mueller.

@NBCNews He did sell his country out. He’s a traitor who used the brave men and women he once protected to hide beh… https://t.co/McFlGn5fhK
— The Grilled Cheese (@The Grilled Cheese) 1545157785.0

Trump has tiptoed around Flynn - who has not spoken publicly since pleading guilty - leaving many wondering what Flynn really has on the president.

The fact that Flynn confessed to a felony still has not registered with the president.

@realDonaldTrump Do you call it a successful campaign if it was won from #RussianInfluence? Judge said he sold Am… https://t.co/1vysLvpN6A
— Karen Moorhead (@Karen Moorhead) 1545155440.0

@realDonaldTrump "Will be interesting to see what he has to say"... You may want to stop with these intimidating innuendos.
— Star Stuff (@Star Stuff) 1545158969.0

@realDonaldTrump I think the president should worry about his degree of collusion vs that of Flynn. Flynn being a h… https://t.co/eD9UcGi89u
— Eddie Thornton (@Eddie Thornton) 1545155751.0

Sullivan also asked Flynn and his lawyers if they felt the FBI had entrapped the former general, which conservative pundits, Flynn's defense attorneys, and even Trump have claimed.

"I was aware" lying to the FBI was a crime, Flynn told the judge. He did not want to change his plea.

Nice try, but Flynn knew what he was doing was wrong, hence his willful guilty plea.

@NatashaBertrand I mean...what did they expect? It was a horrible miscalculation that everyone else (but right wing… https://t.co/MdaokDsnao
— Cyrus Toulabi (@Cyrus Toulabi) 1545158560.0

@NatashaBertrand Nice to see lies being called out and officially condemned. We haven't seen a lot of that in the last 25 months.
— Tom Kessenich (@Tom Kessenich) 1545158134.0

@NatashaBertrand So why would the lawyers come up with this defense? Where or more specifically, what orange riddl… https://t.co/zThNuO5n1C
— Donviti (@Donviti) 1545159285.0

After the hearing, Flynn exited the courthouse as crowds chanted "USA" and "lock him up!"