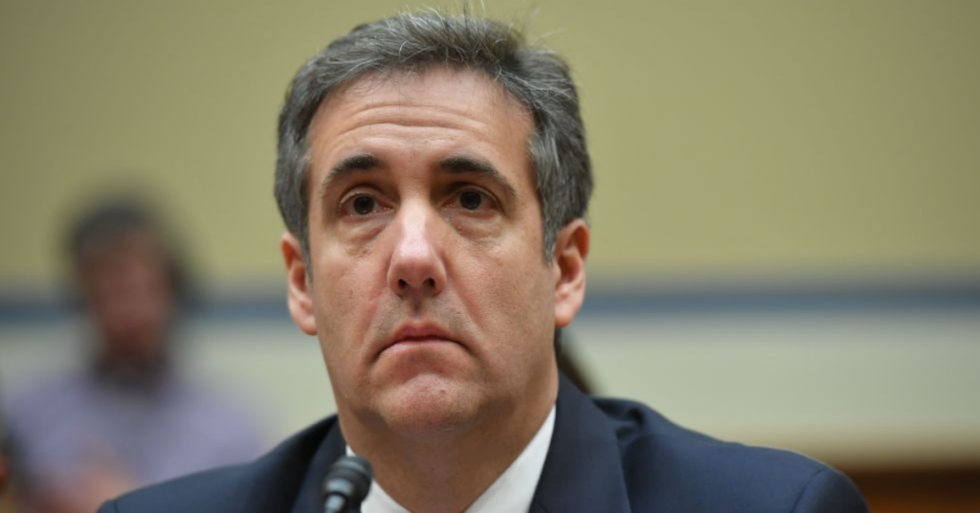 Cohen's reaction came as Barr during a widely derided press conference defended his conclusion that the president did not obstruct justice. Many urged Cohen, who testified before Congress in February, to speak up.

@MichaelCohen212 Tel the truth. He uses people up and spits them out. Try to redeem yourself. Release all you know.… https://t.co/qHiRTrslZ4
— Puuurtipassionate (@Puuurtipassionate) 1555596293.0

Cohen's fired off his tweet after his attorney, Lanny Davis, said Cohen “knows and can fill in the bulk of the redactions.”

During this morning's press conference, Barr reiterated that Mueller's report did not find "collusion" between the Trump campaign and the Russian government:

"After nearly two years of investigation, thousands of subpoenas, and hundreds of warrants and witness interviews, the special counsel confirmed that the Russian government sponsored efforts to illegally interfere with the 2016 presidential election, but did not find that the Trump campaign or other Americans colluded in those schemes."

"The President took no act that in fact deprived the special counsel of the documents and witnesses necessary to complete his investigation. Apart from whether the acts were obstructive, this evidence of non-corrupt motives weighs heavily against any allegation that the President had a corrupt intent to obstruct the investigation."

Democrats have demanded to see the full and unredacted report. Five House Democratic committee chairs in a joint statement slammed Barr's decision to hold a press conference before releasing the report.

"With the Special Counsel's fact-gathering work concluded, it is now Congress' responsibility to assess the findings and evidence and proceed accordingly," the joint statement read.

Others took to social media to express their concerns.

Now that President @realDonaldTrump's campaign press conference is over: It's time for Congress and the American p… https://t.co/S3DBEGs9dc
— Chuck Schumer (@Chuck Schumer) 1555596724.0

It is unclear when Cohen will speak out. Cohen's legal team sent a letter to House Democrats this month saying he was still perusing documents related to the investigation surrounding President Trump that he said might be of interest to House investigative committees. Cohen says he has emails, voice recordings, images and other documents on a hard drive.

Cohen's lawyers say Cohen won't have time to sort through all of this material if he reports to prison May 6 as scheduled. They've asked members of Congress to write letters saying Cohen is cooperating, noting that "the substantial trove of new information, documents, recordings, and other evidence he can provide requires substantial time with him and ready access to him by congressional committees and staff to complete their investigations and to fulfill their oversight responsibilities."