This Video of William Barr Apparently Lying Under Oath to Congress About the Mueller Report Just Went Viral, and Democrats Want Him Gone 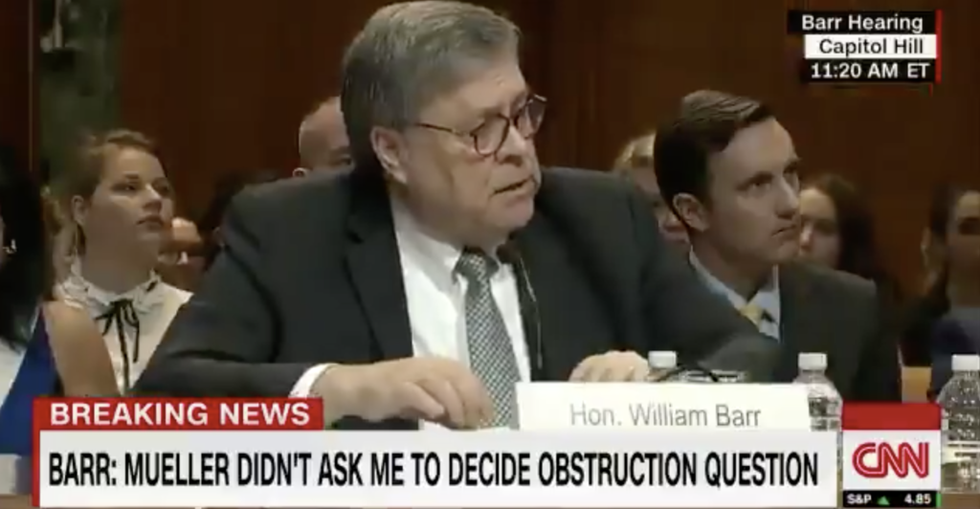 Attorney General William Barr is in hot water following revelations that the controversial four page summary of the Mueller Report was thought by Mueller to be an insufficient summary of the conclusions he'd reached in his 448 page report.

A recent CNN article reports that Mueller had "expressed concern" to Barr via letter regarding the description set forth in the four page report. Barr's letter implied that Mueller had little evidence of the President obstructing justice. The release of the report indicated that, as Mueller had expressed, Barr's portrayal wasn't exactly reliable.

To make matters worse, the revelation that Mueller expressed concern to Barr regarding his summary makes it difficult to imagine how this answer from Barr's testimony in a congressional hearing doesn't amount to lying under oath.

Barr is asked by Sen. Chris Van Hollen (D-MD) if Mueller supported Barr's conclusion. Barr responded that he didn't know, despite Mueller expressing his concerns weeks prior to Barr's testimony.

Prominent Democratic lawmakers and other political personalities aren't having any of it.

Barr will be answering lawmakers' questions again today—but how do they intend to trust him?