A Republican Congressman Claimed That Donald Trump Has 'Deep Admiration' for Our Troops, But a Comedian Just Used Trump's Own Words to Shut Him Down 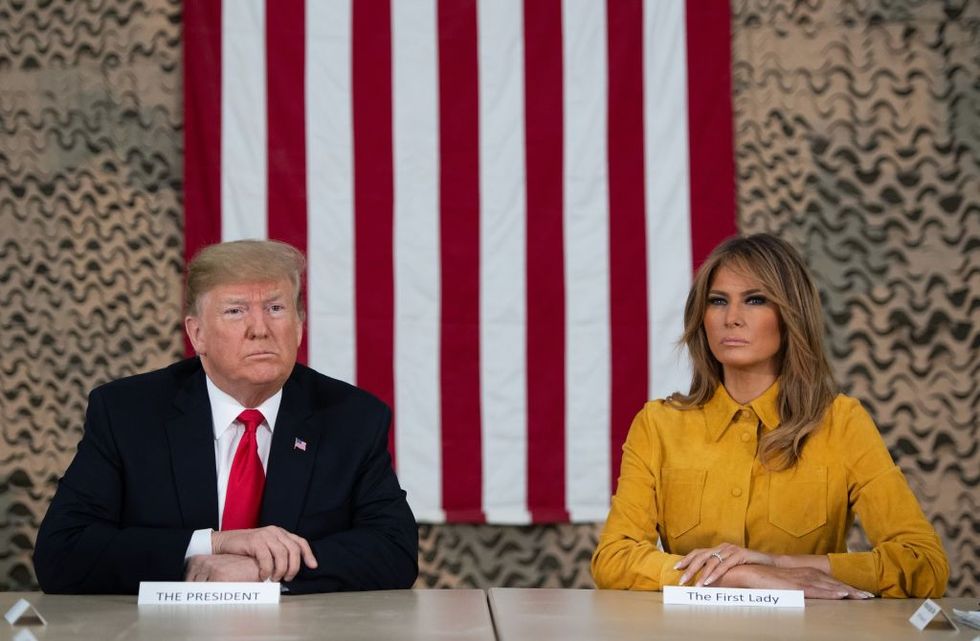 President Donald Trump hoped to gain public favor by sneaking off to visit troops in Iraq on Christmas night. But his Boxing Day visit drew more criticism than praise for several missteps taken by the President.

Before official visits, previous Presidents received protocol briefings to ensure they followed whatever guidance, regulations and customs required. It is unclear if Trump skips these briefings or disregards them, but none of his visits to any location or event have been without gaffes.

His trip to the troops was no different.

First he failed to notify or ask the Iraqi government about his visit. They cried foul over the breach of sovereignty rights.

Then Trump revealed the location and identities of covert operation unit members for a Twitter photo-op. While the President does have the authority to declassify classified information, it is generally done for reasons other than a Twitter selfie.

And while lying is not a new occurrence for the President, people were particularly upset that he lied to troops during his Iraq visit. Trump boasted, not for the first time, about a 10% pay increase he gave the military.

With all the criticism Trump received, some of his supporters feel the need to defend the President.

"President Trump has consistently shown a deep admiration and respect for our troops..."

President Trump has consistently shown a deep admiration and respect for our troops—whether or not the cameras are… https://t.co/r3UKcSR2iU
— Mark Meadows (@Mark Meadows) 1545860779.0

But many felt Meadows may have missed a few facts in his assessment of Trump's deep admiration and respect for our troops, including comedian John Fugelsang.

Fugelsang responded to Meadows with a partial list of the President's past with the military.

And Fugelsang was not alone in passing on facts to Meadows.

Others shared their own assessments.

@RepMarkMeadows He cares so much that it took two years for him to bring his Ringling brother’s visit the day after… https://t.co/qAxTqRljkt
— Kaye (@Kaye) 1545906924.0

@RepMarkMeadows The “determined ally” that revealed the location of a covert Navy Seal operation? That one?
— Heidi Stevenson (@Heidi Stevenson) 1545917343.0

@RepMarkMeadows Trump literally argued military ballots should be ignored during elections… where is this "deep admiration" you speak of?
— William LeGate (@William LeGate) 1545934733.0

More than a few brought up Trump's avoidance of military service.

The President's record with veterans also made many people's lists.

While many questioned Meadows himself.

@RepMarkMeadows SO, I can only assume that you are taking advantage of legal pot.
— Gloria Zarabozo (@Gloria Zarabozo) 1545899499.0

@RepMarkMeadows Do you some sort of filter that excludes all the ways he doesn't respect our military? Because the… https://t.co/9mXLFy1Iz8
— Jacqui Cebrian (@Jacqui Cebrian) 1545935873.0

President Trump's trip to Iraq is proving to be more of a misstep than a step in the right direction. It remains to be seen how many members of the GOP remain in lockstep with Trump anyway.