Former Conservative Compiles Extensive List of 'Reasons Trump Could Be a Russian Asset' and, Yeah, It's A Lot 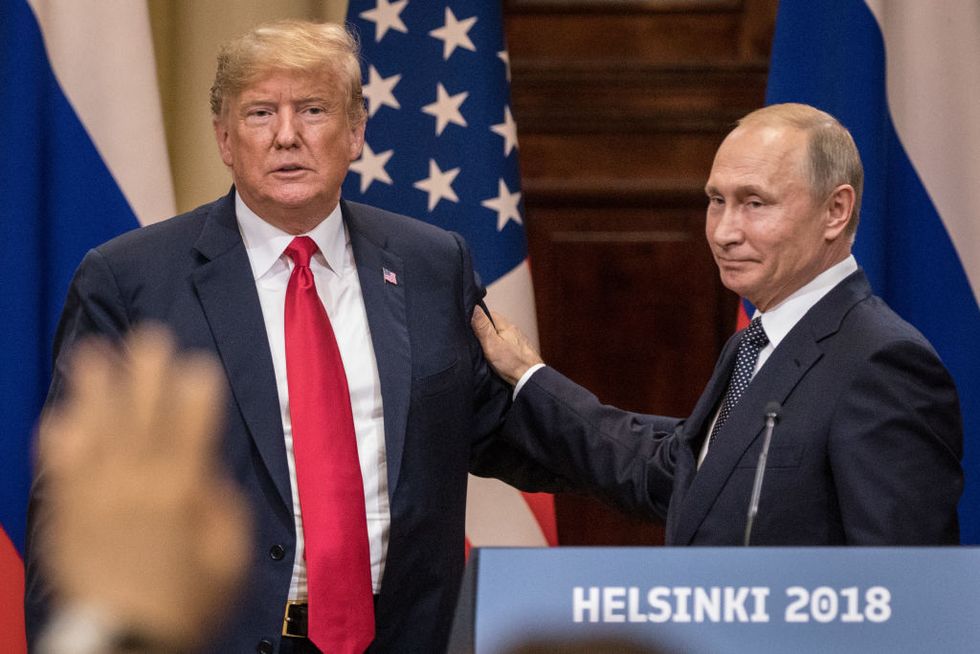 Editorialist Max Boot, the author of The Corrosion of Conservatism: Why I Left the Right, outlined 18 reasons President Donald Trump "could be a Russian asset" in a piece for The Washington Post.

The general consensus is that Trump is a Russian agent:

Americans should be shaken by what we know of Trump & Putin's relationship & should NOT be surprised by the FBI cou… https://t.co/zYHXYlwMjr
— Maxine Waters (@Maxine Waters) 1547437265.0

Regarding this NYT story from this weekend, imagine you are a FBI Agent working Russian counterintelligence in 2016… https://t.co/syKhtndm9I
— Clint Watts (@Clint Watts) 1547399676.0

Trump's wall and shutdown are designed to distract from the real issue. The president of the United States was aske… https://t.co/a0qAaVHMVf
— Robert Reich (@Robert Reich) 1547395554.0

There is no logical reason that Trump would be going to such efforts to keep everyone else from knowing what he tol… https://t.co/8sfwKc4FD4
— Jennifer Rubin (@Jennifer Rubin) 1547414724.0

In recent days, the president and his legal team have attracted even more criticism.

Representatives Elijah Cummings (MD), Adam Schiff (CA), and Jerrold Nadler (NY), who respectively chair the Intelligence, Judiciary and Oversight committees, released a joint statement warning the president that any attempts to obstruct and influence witness testimony could be construed as a crime after he accused his former attorney, Michael Cohen, of lying about him to win leniency from federal prosecutors and alleged potential legal problems involving Cohen’s father-in-law.

“The integrity of our process to serve as an independent check on the Executive Branch must be respected by everyone, including the President. Our nation’s laws prohibit efforts to discourage, intimidate, or otherwise pressure a witness not to provide testimony to Congress. The President should make no statement or take any action to obstruct Congress’ independent oversight and investigative efforts, including by seeking to discourage any witness from testifying in response to a duly authorized request from Congress.”

Trump's comments were a response to the news that Cohen will provide testimony before Congress next month which should shed more light on Trump's Russian ties.

Presidential attorney Rudy Giuliani was also savaged after he suggested that Trump’s legal team should be given the opportunity to “correct” Special Counsel Robert Mueller’s final report before the American people or Congress see it.