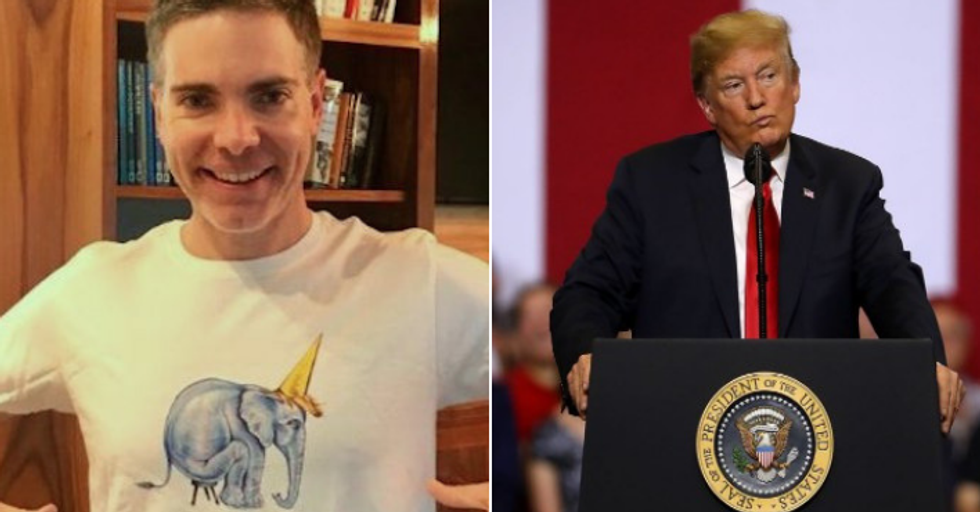 In his opinion piece, Lewis once again asks his fellow Christians to reflect on their hypocrisy in supporting Trump. He states:

"Christian conservatives must grapple with the dissonance between what is preached from the pulpit at Christmas and what is being tweeted by the bully from the White House."

He added from his own life:

"These two identities—the sacred and the secular—once coexisted happily. Not so today. Increasingly, my faith and my political loyalties are at odds, and sometimes even seem to be mutually exclusive."

Lewis went on to challenge the future of Christian conservative as an identity in the political and religious landscape. He stated:

"In fact, as another year ends, I’m left wondering: Will 'Christian conservative' be an oxymoron in 2019? The dichotomy between this season of peaceful reflection and the state of American politics is stark, but it’s not new. It is perhaps appropriate that many of us find ourselves politically homeless during this season."

While many Evangelical Christian leaders—mostly from the so-called "prosperity gospel" sect of televangelists and media personalities that put higher stock on personal wealth as a reward for their devotion than charitable acts—understandably support the President, their largely middle class to poor followers are who Lewis addresses with his commentary.

MSNBC's Morning Joe discussed Lewis' latest column, that Daily Beast aptly published on Christmas day. People are sounding off on Lewis' assertion that "the bully from the White House" makes it increasingly difficult to identify as a Christian conservative in the United States.

Some stated their support for Trump's brand of Christianity.

Excellent column from @mattklewis this Christmas AM, to which I would add only that, for a follower of Jesus, we ce… https://t.co/KlLmwcWUKE
— Hugh Hewitt (@Hugh Hewitt) 1545742633.0

But were rebuked by others who stated the President is not a Christian according to the Bible, nor is anyone who would support him.

@hughhewitt @mattklewis Trump is neither a conservative or a Christian! He is a corrupt racist xenophobic treasonou… https://t.co/nOInukWGQL
— DP (@DP) 1545776319.0

@thedailybeast @mattklewis Don’t really understand why it is hard since his words and actions signify neither.
— Paul G. Huck (@Paul G. Huck) 1545785233.0

While others pointed fingers beyond conservative Christianity.

Some felt fault lay with the Republican Party. The GOP has often been accused of exploiting Christian conservatives for votes.

@thedailybeast @Morning_Joe @mattklewis Perpetuating the myth that this is a new phenomenon. This has been the addi… https://t.co/qJWOsJqun4
— Tracy Davis (@Tracy Davis) 1545825498.0

But others felt hypocrisy among Evangelical Christians was a hallmark of the group, easily exploited by Trump and the GOP, not where they were innocently led astray.

@thedailybeast @mattklewis Turns out they always have been, we just didn't know it until Trump came along.
— Colin Murphy (@Colin Murphy) 1545766877.0

@thedailybeast @Morning_Joe @mattklewis Their fallacy of faith has long been obvious. Conservatives willingness to… https://t.co/8KDbqvm8ev
— The Stand (@The Stand) 1545825845.0

While some condemned Matt Lewis himself for being an enabler of "the bully in the White House."

Meanwhile, Trump still has at least 38 percent support among voters in the United States according to one poll.