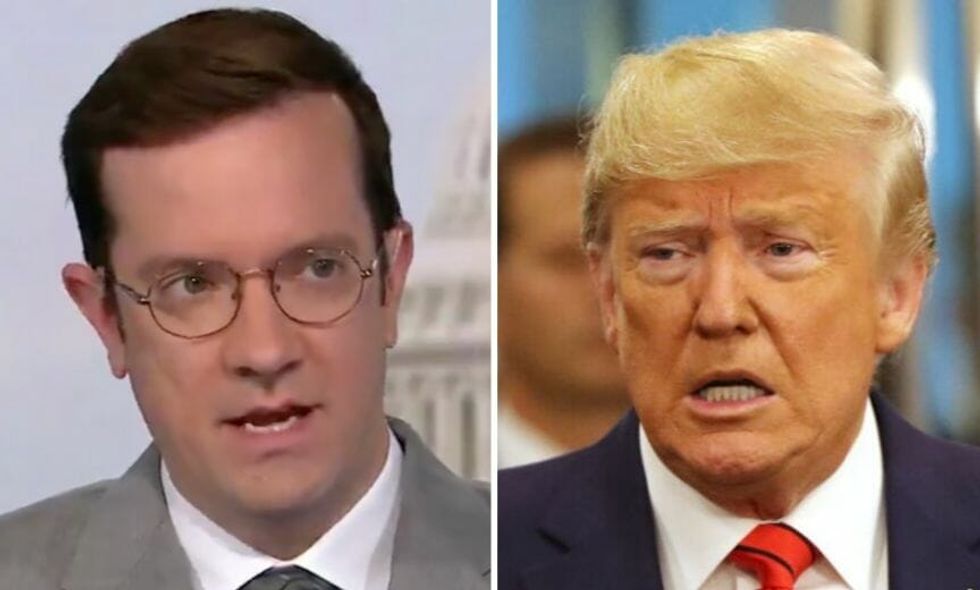 As if asking the Ukrainian President to investigate his political rival wasn't enough, we've now learned that Trump did the same with the Australian Prime Minister and possibly others, with Attorney General William Barr's and Secretary of State Mike Pompeo's approval. Also concerning Americans are Trump's calls to identify and even arrest the whistleblower whose complaint singlehandedly spurred impeachment proceedings against the President.

The scandal has grown so much that even a former Trump advisor says that Watergate comparisons don't do these developments justice.

That former advisor is J.W. Verret, who worked on Trump's pre-transition team and the pre-transition team of every Republican president for over a decade. He appeared on CNN Monday morning to discuss impeachment, and he didn't have much good news for Trump.

“People have made the analogy to the Nixon-era scandals and Nixon’s resignation, but this is a lot worse than that.”

"Nixon was a patriot. Of all the crazy things he did, he never would have accepted help from a foreign power for his own personal interest in an election, particularly one that would compromise the U.S.' strategic interests. This is much worse and I think momentum continues toward impeachment."

Verret called the White House's attempts to conceal the Trump's actions and the contents of the call with the Ukrainian President "bumbling," while hailing the whistleblower as courageous. He came out in favor of Trump's impeachment this past April after the release of the Mueller Report revealed multiple counts of Trump's attempts to obstruct justice.

Not only are the facts justifying impeachment, but public opinion has finally begun to shift in favor of it.

The reactions to Verret's CNN appearance reflect that support as well.

Others were skeptical about Verret's assertions regarding Nixon.

@brianstelter @lrozen @JWVerret @brikeilarcnn I hate Trump as much as anyone but Verret says Nixon never would have… https://t.co/WkEMgkZsk4
— Joseph Saltarelli (@Joseph Saltarelli) 1569869370.0

Nevertheless, it doesn't look like the long-held fear that impeachment would only strengthen Trump still applies. The president is treading water to convince the public that he's not a crook.