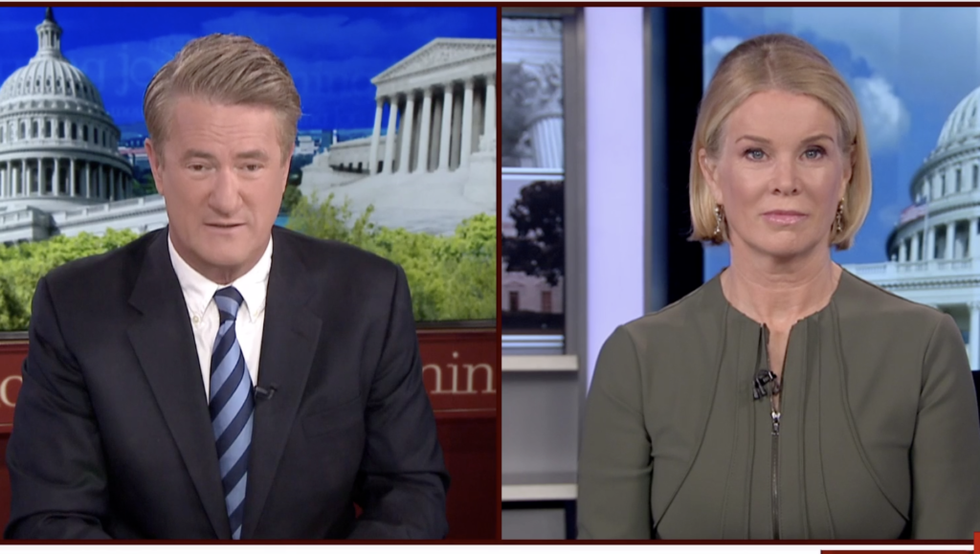 As Hurricane Dorian barrels toward Florida, people are noticing a markedly different reaction from President Donald Trump than when the hurricane was moving towards the American territory of Puerto Rico.

This past week, a string of tweets regarding the island indicated an indifference and, at times, even disdain from Trump for the residents of Puerto Rico. Now that the storm is heading towards Florida, Trump cancelled a state visit to Poland, a video message assuring Floridians that the government would expedite any needed relief, and he's likely to visit the state as well.

Morning Joe host and former Republican Congressman Joe Scarborough couldn't help but notice the stark contrast between Trump's concern for Puerto Rico and Florida, despite residents of both states being American citizens.

"The contempt that he showed," Scarborough said, "as a hurricane was approaching Puerto Rico would obviously be contrasted by the interest that he'd show as it was...approaching an important swing state for Donald Trump in next year's election."

"And here we see instead of mocks and insults the president canceling a foreign trip, one where he actually would have been greeted kindly and putting out a video message of concerns and instructions. The contrast couldn't be more stark."

Anchor Katty Kay agreed with Scarborough, observing that in the days before Dorian's descent on Puerto Rico, Trump almost seemed to blame the island for being in the storm's path.

At one point, he lied about the amount of disaster relief allocated to Puerto Rico, citing $92 billion. In reality, Puerto Rico has been granted $49.4 billion, with only $20.5 billion actually dispersed.

He later used flippant language about the incident, tweeting that the storm was headed "as usual" to Puerto Rico.

He then called Puerto Rico "one of the most corrupt places on earth," before claiming he was the best thing to ever happen to it.

For Florida, he had words of caution instead of derision.

Scarborough wasn't the only one to notice. CNN's Maria Cardona pointed out that the reason for the difference was likely because "most of the people there, speak Spanish, have brown skin, are Hispanic and they have zero electoral votes."

@NYDailyNews @olivnelson Well of course. Florida can be instrumental in getting him re-elected. Puerto Rico 🇵🇷 on… https://t.co/WBIZOHU4lD
— pump&tankhank (@pump&tankhank) 1567114438.0

Trump worrying about the hurricane hitting Florida the way he should have been worried about it hitting Puerto Rico.
— Charles M. Blow (@Charles M. Blow) 1567110562.0