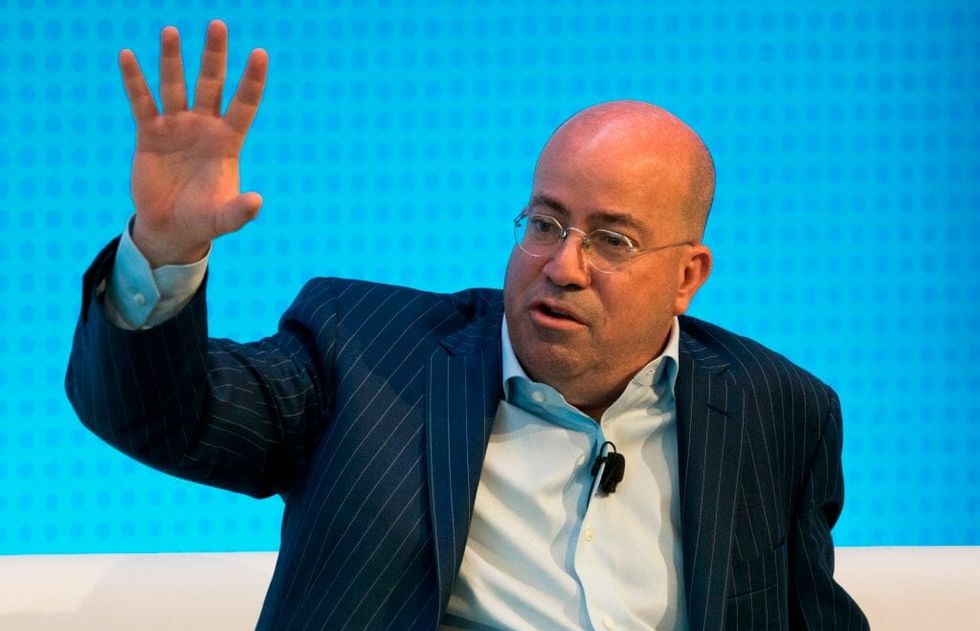 CNN President Jeff Zucker issued scathing criticisms of cable news competitor Fox News during a Financial Times Future of News conference in New York City yesterday. Zucker blasted the network's programming as “state-run TV” and a “propaganda machine,” adding that its content does a “disservice to the country."

"[Fox News] is really state-run TV. It is a pure propaganda machine and I think does incredible disservice to this country,” Zucker told his audience. “The idea that it's a news channel, I think, is really not the case at all."

"There are a handful of good journalists there, but I think they are lost in what is a complete propaganda machine," he added, saying the network "has nothing on" the Russian government-run TASS Russian News Agency based in Moscow.

While Zucker acknowledged that Fox News has performed “incredibly well” at cultivating a space as the go-to source for conservative news, he noted that his own network has thrived. "We've had a very good run," Zucker said. "We made CNN very much relevant again, very much a part of the national and international conversation."

Zucker also had plenty to say about "fake news," which is President Donald Trump's favorite insult for the network:

There is fake news. Fake news is a phenomenon and it does exist… It’s come to light especially on the Facebook...

[Trump] has created an atmosphere in this country that has resonated around the world in a very unhealthy way that has whipped up anti-media sentiment that is dangerous and frankly harmful and potentially incredibly dangerous. He doesn't even understand the danger he's causing to journalists and the danger he's doing to media organizations.

Zucker's comments received a harsh rebuke from Stephen Banon, the president's former chief strategist, who spoke at the same conference. Bannon said "it galls me" that Zucker branded Fox News as a propaganda channel. He questioned why no one was fired at CNN for “the mess they made” of covering Trump's often incendiary campaign.

“It was a disgrace to journalism,” Bannon said.

Those weren't the only shots Bannon took at what he called "the opposition media." He accused the media of inflaming racial hostilities, insisting that Trump “has done more for freedom and anti-racism in this country than anybody.” He also had harsh words for Facebook CEO Mark Zuckerberg and denied a New York Times report which revealed that Bannon himself knew that Cambridge Analytica mined Facebook data.

Companies like Facebook, he said, “take your stuff for free, sell it and monetize it for huge margins.” He added, “Then they write algorithms and control your life.”

The first, Tucker Carlson, said "there are a lot a ways to respond to a charge" like the one Zucker leveled at the network.

"I worked for Jeff Zucker once actually. We can spend the rest of this hour reminiscing about it,” Carlson began. “But instead, let’s consider the humor. ‘State-run TV?’ Now we know on some level, all criticism is self-criticism. You accuse others of being what you secretly know you are. But even by the usual standards of Freudian projection, Jeff Zucker has made an amazing claim.”

He then spotlighted CNN Turk, Turkey’s own CNN network, and how a pro-Erdogan group bought them out. He didn't stop there, either, next turning his attention to CNN Philippines, and how it's partly controlled by Duterte's authoritarian government:

Jeff Zucker’s network is now in effect doing business with the authoritarian, Islamist, and highly anti-American Erdogan government. In Turkey, where it actually matters. CNN is literally state-run TV. Zucker didn’t mention that in his remarks today, weirdly.

Jeff Zucker has escaped the scrutiny of say RT, the cable channel that late last year was forced to register as an agent of a foreign government. Yet, Jeff Zucker is also an agent of foreign governments. He takes their money, he runs their propaganda. He hides their internal repression and runs penguin videos instead. What else is Jeff Zucker doing? Good question. Maybe we could use a congressional hearing or two to find out.

The second Fox News personality to lash out at Zucker was Sean Hannity, who has come under fire in the past, for spreading conspiracy theories, such as the one alleging Democrats' involvement in the death of Seth Rich, a former DNC staffer.

Zucker's criticisms came the same week that Ralph Peters, a retired United States Army lieutenant colonel and conservative author who appeared frequently as an analyst on Fox News for much of the last decade, quit the network, denouncing Fox News and President Trump in an email to his colleagues.

“Fox has degenerated from providing a legitimate and much-needed outlet for conservative voices to a mere propaganda machine for a destructive and ethically ruinous administration,” Peters, who often criticized former President Barack Obama’s foreign policy, wrote.

“Over my decade with Fox, I long was proud of the association. Now I am ashamed,” he continued, noting that Fox’s hosts “dismiss facts and empirical reality to launch profoundly dishonest assaults on the FBI, the Justice Department, the courts, the intelligence community (in which I served) and, not least, a model public servant and genuine war hero such as [special counsel] Robert Mueller.”