What Would the Internet Look Like Without Net Neutrality? Ask Portugal. 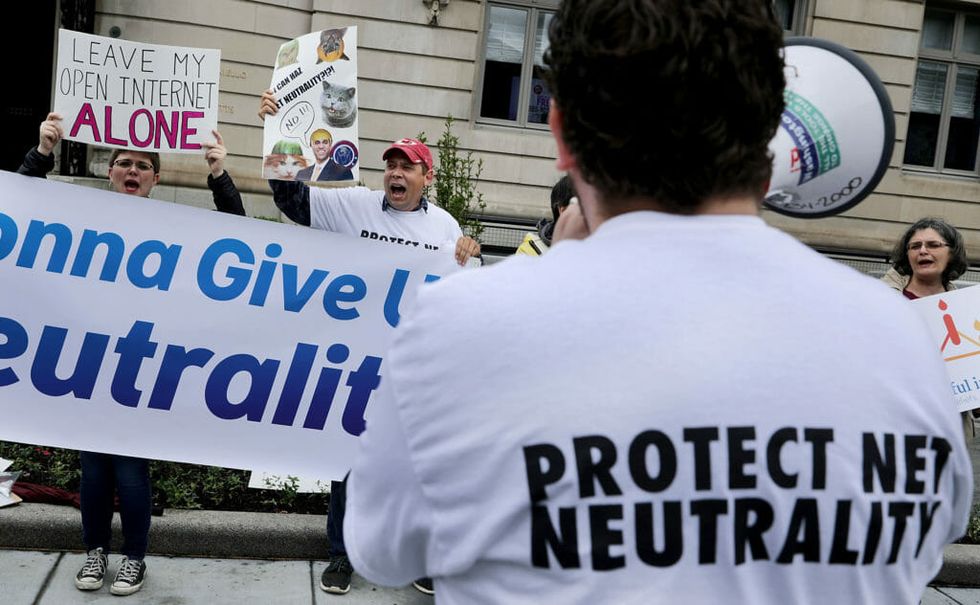 The debate around net neutrality has been in the news for the past few years. As commonly defined, net neutrality is the principle that internet service providers and governments regulating most of the internet must treat all data on the internet the same, and not discriminate or charge differentially by user, content, website, platform, application, type of attached equipment, or method of communication.

In a move celebrated by nobody outside of major telecom companies, the Federal Communications Commission (FCC) releases its plan today to gut net neutrality rules put in place during President Barack Obama's administration. FCC Chairman Ajit Pai, a former Verizon lawyer, made it official on Tuesday. In a Wall Street Journal op-ed, Pai announced this move would herald a new era of innovation and investment.

Pai plans to kill Obama administration rules demanding fair treatment of web traffic. But most people in the United States, and other nations where net neutrality has been the norm, don’t have a firm grasp on what the loss of net neutrality would mean for them.

Thanks to net neutrality, internet service providers (ISPs) don’t intentionally slow down or charge specific fees to give web based services an advantage or disadvantage. This levels the playing field for everyone so small internet entities can compete with the big ones for the same customers.

Portugal is one country where there is no net neutrality. And most of the developing world has never had it.

In Portugal, ISPs are starting to split the use of Internet into various “packages” like social, messaging, video, emails and music with an associated separate fee for each one. They give their customers varying levels of access to the internet. If you pay a few euros per month, you get just messaging apps; a bit more, and you can use Facebook or perhaps Netflix.

From the above screenshot, each of these bundles cost about €5 each. If a person wanted to use at least one app from each of the five bundles, they’d pay about €25 (about US $29) monthly to access it. And any app or website that doesn’t have an agreement with an ISP is either inaccessible or drastically slower.

This seems like an unimaginable concept to most Americans. If you pay for the Internet, why wouldn’t you have access to all of it?

But due to the actions of some corporations and Trump administration officials, net neutrality's days are numbered in the United States. Instead of being seen as a public utility with the accompanying protections, they want it redefined as a product.

In 2014-2015, President Barack Obama’s administration voiced strong support for net neutrality rules, and in 2015, many were implemented. But in April President Donald Trump’s newly appointed FCC Chairman Pai proposed gutting the rules and asked for public reaction. Then in May, the gradual rollback of the Obama protections began.

Despite at least 22 million Americans voicing protest to policy changes, Pai intends to rule in favor of his former employers and other internet providers against the American people.

Generally, those supporting rollbacks are major companies that profit from them. Those advocating neutrality include human rights organizations, consumer advocates, and most of the public, about 77% of Americans.

Once again, the Trump administration sides with big money and against democracy. If this passes, the internet and i… https://t.co/tneVUbSN5S
— Bernie Sanders (@Bernie Sanders) 1511292291.0

If Pai's plans continue, then companies or individuals able to pay more will get freer, faster, more inclusive internet service. This could further divide socioeconomic classes in America, with one class rich in money and information while the other remains poor in both. And knowledge is power.