Howard Schultz Just Deleted a Tweet Linking to a Story That Insults Democratic Women Presidential Candidates, and He Is Getting Roasted Alive 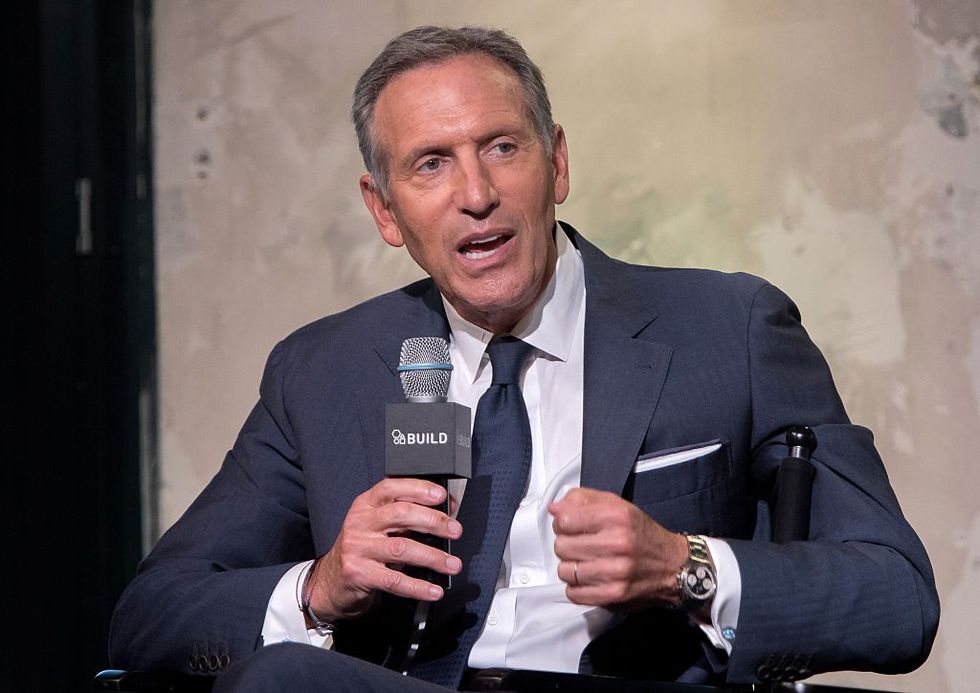 Former Starbucks CEO Howard Schultz's independent bid for the White House has already gotten off to a rocky start after he posted (and later deleted) a tweet in which he shared an article that disparages other 2020 presidential contenders.

“Thank you @Rogerlsimon for a thoughtful analysis of what’s possible. #ReimagineUS,” Schultz tweeted along with a link to a column by PJ Media's Roger L. Simon titled “Howard Schultz Could Actually Win the Presidency." But the content of the art

The column takes aim at Democratic Senators Kamala Harris (CA) and Elizabeth Warren (MA). As Simon writes in the column:

The tweet has since been deleted and Howard has implied he didn't even read the article he shared.

"So you did not realize he had made those comments?" asked CNN's Anderson Cooper.

The move opened Schultz up to criticism.

@CapehartJ So about the only real thing about Schultz is that he's a billionaire who insults. Nothing new here. Next!
— Martha Hutson (@Martha Hutson) 1548897276.0

Since Schultz announced he would consider running for president, liberal voters have assailed him, saying he could potentially split the Democratic vote and guarantee President Donald Trump a win in 2020.

Schultz was in the news yesterday after he claimed Senator Warren once asked him for a campaign contribution and that he turned her down, fearing that her policies would lead the U.S. down a path to "socialism."

When asked why he didn't contribute to Warren's campaign, Schultz said, "I don’t believe the country should be heading to socialism. I think she believes in programs that will lead to a level of socialism in America. She’s a smart woman. I respect her. This isn’t personal. I just don’t agree with her.”

On Tuesday, Schultz said the health plan proposed by Harris––she's running on a "Medicare for All" platform––would spell the end of private health insurance.

“That’s not correct, that’s not American. What’s next? What industry are we going to abolish next? The coffee industry?” asked Schultz on Tuesday during an appearance on “CBS This Morning.”

“I don’t agree with that," he continued. "The Affordable Care Act should stay and it should be refined. But the thing we should get rid of is the insurance industry? Again, this is exactly the situation ― it’s far too extreme on both sides and the silent majority of America does not have a voice."