Graham Ready to Subpoena: "The Country Needs an Answer." 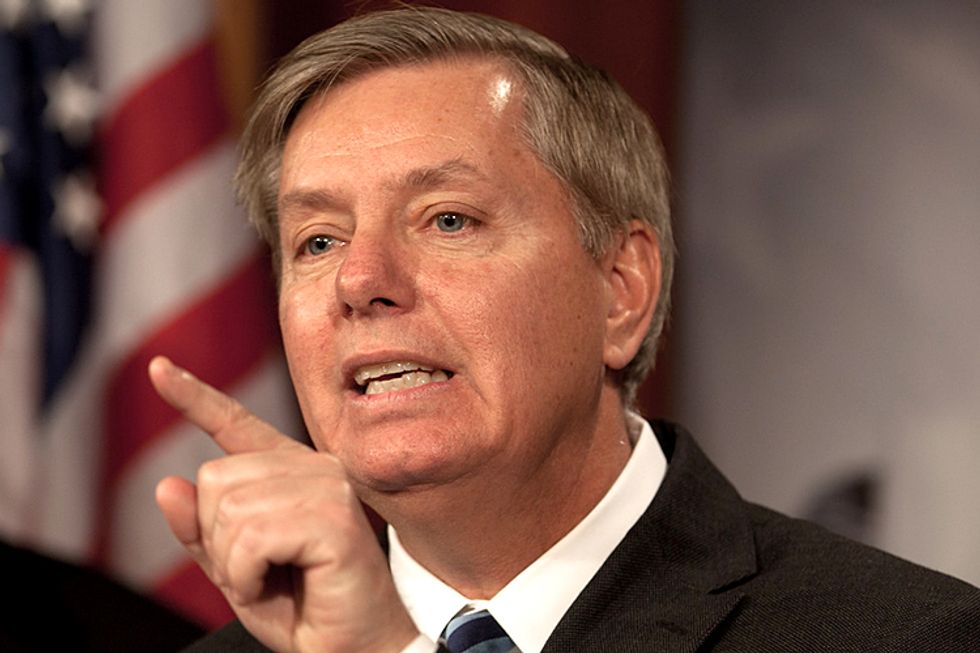 "All I can say is that the country needs an answer to this. The current President has accused the former President of basically wiretapping his campaign," Graham said.

Graham's request signaled that while he is willing to work with Trump and, on the surface at least, support his agenda (he recently, for example, voiced his support for the president's revised travel ban), he does not intend to back down from his efforts to uncover the truth behind Russian interference in last year's presidential race.

Graham's comments come merely a day after he joined the president for a one-on-one lunch at the White House. Earlier this week, Graham and Sen. Sheldon Whitehouse (D-RI) wrote a letter to the Department of Justice requesting that it "provide us copies of any warrant applications and court orders — redacted as necessary to protect intelligence sources and methods that may be compromised by disclosure, and to protect any ongoing investigations — related to wiretaps of President Trump, the Trump Campaign, or Trump Tower."

The senators, who serve on the Senate Judiciary Committee's Subcommittee on Crime and Terrorism stressed they "would take any abuse of wiretapping authorities for political purposes very seriously" and but added that he would "be equally alarmed to learn that a court found enough evidence of criminal activity or contact with a foreign power to legally authorize a wiretap of President Trump, the Trump campaign, or Trump Tower."

The Trump administration has failed to provide any information about Trump's allegations since Trump tweeted them last Saturday, and FBI Director James Comey has asked the DOJ to publicly reject the claims because they are false and suggest the FBI broke the law.

How low has President Obama gone to tapp my phones during the very sacred election process. This is Nixon/Watergate. Bad (or sick) guy!
— Donald J. Trump (@Donald J. Trump) 1488628968.0

Obama and Trump have not personally spoken since Inauguration Day, and Obama's aides have denied Trump's claims. A spokesman told reporters "neither President Obama nor any White House official ever ordered surveillance on any US citizen. Any suggestion otherwise is simply false."

Senator Mark Warner (D-VA), a ranking member of the Senate Intelligence Committee, was among a group of four senators who met with CIA officials to see "raw intel" related to Russian interference. Like Senator Graham, he demanded answers. "In many ways we've got even more questions now," he told reporters. We've got more information we've got to get access to."

When asked whether he'd seen any information related to Trump's explosive claims, Warner said, "Of course we'll follow the information, we're going to follow the truth but what we have right now is ... an accusal with absolutely ... no basis in fact that anyone from the Intel community or even anybody in the staff in the White House has laid out."

Meanwhile, House Intelligence Committee Chairman Devin Nunes (R-CA) has launched a separate investigation into Russian meddling. The committee has requested documents from the FBI, CIA and Justice Department by March 17 and have asked both current and former top intelligence officials to testify at a public hearing scheduled for March 20.