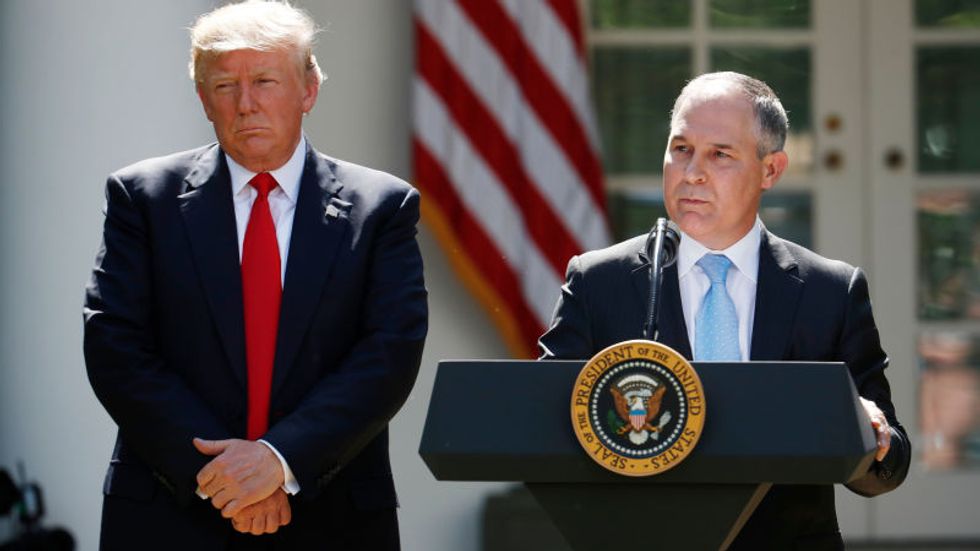 The New York Times has obtained a draft report documenting the impact of climate change on the United States, which was compiled by scientists from 13 federal agencies as part of the congressionally mandated National Climate Assessment.

The findings of the report directly contradict the Trump administration's line on climate change, concluding:

“Evidence for a changing climate abounds, from the top of the atmosphere to the depths of the oceans..."

The report was completed this year and was awaiting Trump administration approval to be released when it was leaked to the Times. One scientist involved in the writing of the report made clear that "he and others were concerned that [the report] would be suppressed."

Other findings of the report include:

The release of this report comes on the heels of revelations that Trump's Agriculture Department has been directed not to use the term "climate change."

Neither the White House nor the EPA has issued a response to the release of the draft report.