As Trump Clears the Way for Releasing the Nunes Memo, Republican Senators Are Not on Board

Pushback from within his own party. 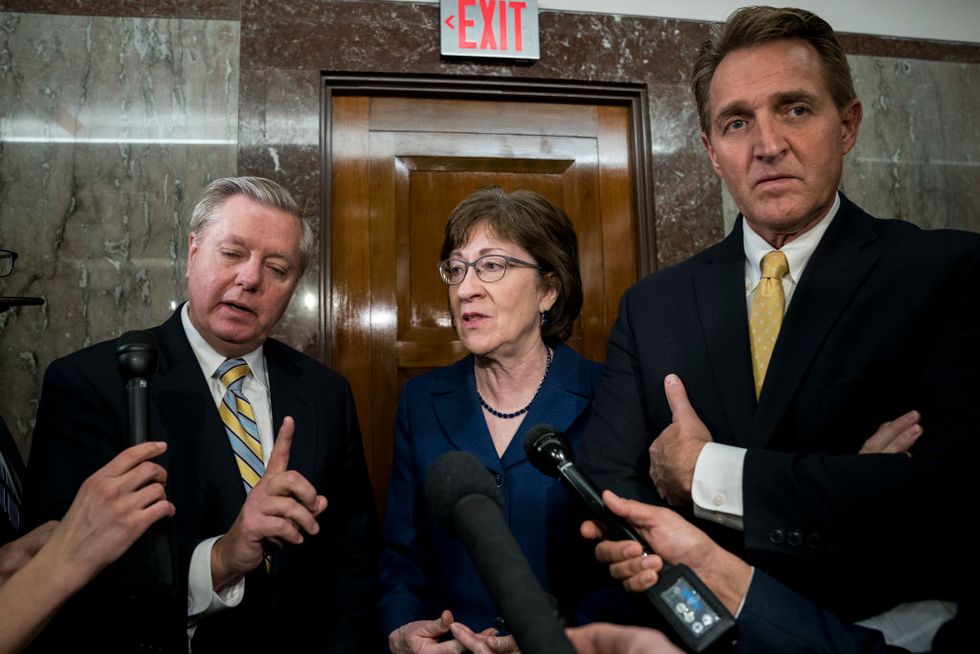 The latest rallying cry and hashtag for supporters of President Donald Trump, #ReleaseTheMemo, may soon come to fruition, but not all Republicans agree. And at least one prominent GOP Senator expressed anger at the idea.

The 3 1/2 page memo in question, written by committee staff member Kashyap Patel for California Republican Representative Devin Nunes, chairman of the House Intelligence Committee, makes a case for political bias in the early stages of the Russia investigation. But Democratic leaders contend the memo itself is more partisan politics than fact.

Republican Senator Lindsey Graham of South Carolina suggested Mr. Nunes’ document was not the best way to inform the public.

Not everyone on either side of the aisle has even read the classified memo yet, a major bone of contention for several prominent Republicans, including Senator Graham.

I’m the chair of the Judiciary Crime Subcommittee with oversight of the F.B.I.. I don’t particularly appreciate having to read about it in the paper.”

"President Trump should heed the warnings of the Justice Department and FBI, and reverse his reported decision to defy longstanding policies regarding the disclosure of classified information," GOP Senator Jeff Flake of Arizona said in a joint statement with his Democratic colleague, Chris Coons of Delaware.

They join Senator Susan Collins, a Maine Republican and Senate Intelligence Committee member, who also expressed concern over the rush to release classified material to the public before review by members of congress.

“There are important national security considerations they need to weigh, and hopefully they’re doing that,” South Dakota GOP Senator John Thune stated. “If there are things that need to be redacted....”

...I think they have to take into consideration what the FBI is saying. I think they need to pay careful attention to what our folks who protect us have to say about how this bears on our national security.”

Members of the Senate Intelligence Committee have not seen the memo nor are there currently plans to allow them to review it before releasing it to the press. The FBI expressed “grave concerns” over some of the material and its potential impact on national security.

House Democrats who have read the Republican memo claim it is no more than a risky attempt to undermine the Russia investigation, saying it disregards key context and relies on cherry-picked facts. Tennessee Democratic Representative Steve Cohen called it “a banal, inferior, non-shocking, insubstantial memo.”

And one important member of the Trump administration predicts disappointment when, or if, the public finally gets to see the memo. Chief of staff John Kelly told President Trump, after they both read the memo, that the claims included in the document are not the smoking gun GOP lawmakers told Trump they would be.