The Fish that Walks Up Waterfalls

A rare cavefish found only in Thailand is the first of its kind to use locomotion similar to that of walking land animals. 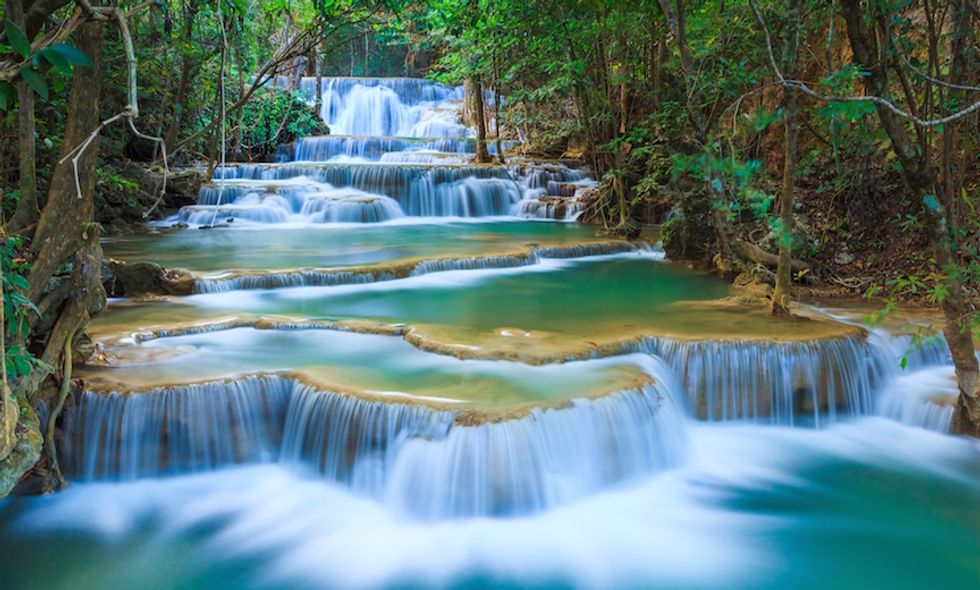 Cryptotora thamicola is quite literally a fish out of water. Unlike the images usually conjured up by the expression – a scaly, gilled creature flopping helplessly on dry land – this blind, pale little fish has done something no other species has: evolved a type of locomotion that allows it to live like land creatures. It walks.

First discovered in 1985, the waterfall-climbing cavefish is a rare species that exists only in eight caves located on the border of Thailand and Myanmar. Scientists estimate that there are fewer than 2,000 adult cavefish in the wild, which has led to stringent protective measures by the Thai government. In the past, scientists might never have had the opportunity to study the fish outside their natural habitat. But using the power of the Internet and CT scanning technology, biologists around the world combined forces to understand what makes this fish so unique. Their research was recently published in Scientific Reports.

“I was completely blown away. These guys seemed to be very leisurely walking up the rock face,” said Dr. Brooke Flammang when she first saw a colleague’s video of the fish moving up a waterfall. Flammang, who studies biomechanics, was even more impressed when she received CT scans of a museum specimen from Thai ichthyologist Dr. Apinun Suvarnaraksha. “I literally thought someone was playing a trick on me.”

The fish’s unusual skeletal anatomy was the source of Flammang’s surprise. In all other fish, the pelvis is a pair of bones suspended in a muscle sling, floating freely of other bones to give fish their signature undulating movement through water. It’s one of the characteristics that distinguish fish from tetrapods (land vertebrates that move on four legs). Even the few

species like the mudskipper and the Nopili rock-climbing goby who have figured out ways to force their bodies across solid ground still have fish-like bone structure.

Based on fossil evidence, we know that our ancestors moved out of the ocean and onto the land sometime around 375 million years ago, aided by a pelvis joined to the spine and hind limbs. This anatomic development provided stability against the force of gravity and allowed tetrapods to walk. Until now, that form of locomotion was reserved for creatures of the land.

But the waterfall-climbing cavefish upends this tradition. It too has a pelvis attached to its spine, just like tetrapods. The motion it uses to climb up slick rock faces is similar to that of a salamander: the right front foot moves in conjunction with the left hind foot, then the opposite side moves, and so on, except the fish uses fins rather than feet.

Besides providing new insight into the animal kingdom, the discovery shows just how useful technology can be in international scientific discoveries. “CT lets us nondestructively get a much better understanding of [cavefish] anatomy than we could from just photographing them at a museum,” said Dr. Paul Gignac, a biologist and 3D imaging specialist from Oklahoma State University. “One of the most important advances it’s given researchers is an ability to work collaboratively in groups all over the world.”

Next on the researchers’ agenda: studying the cavefish’s environment and its muscle tissue for more clues about the evolution of its locomotion. Although the scientists don’t yet know why the waterfall climber evolved its current form, Dr. Flammang has some guesses. It might be walking along a chemical trail that leads to food or mating. Further research could offer a leap forward in our understanding of how animals came to walk on land.